“Even if you’re the best in the business, you’re always training." 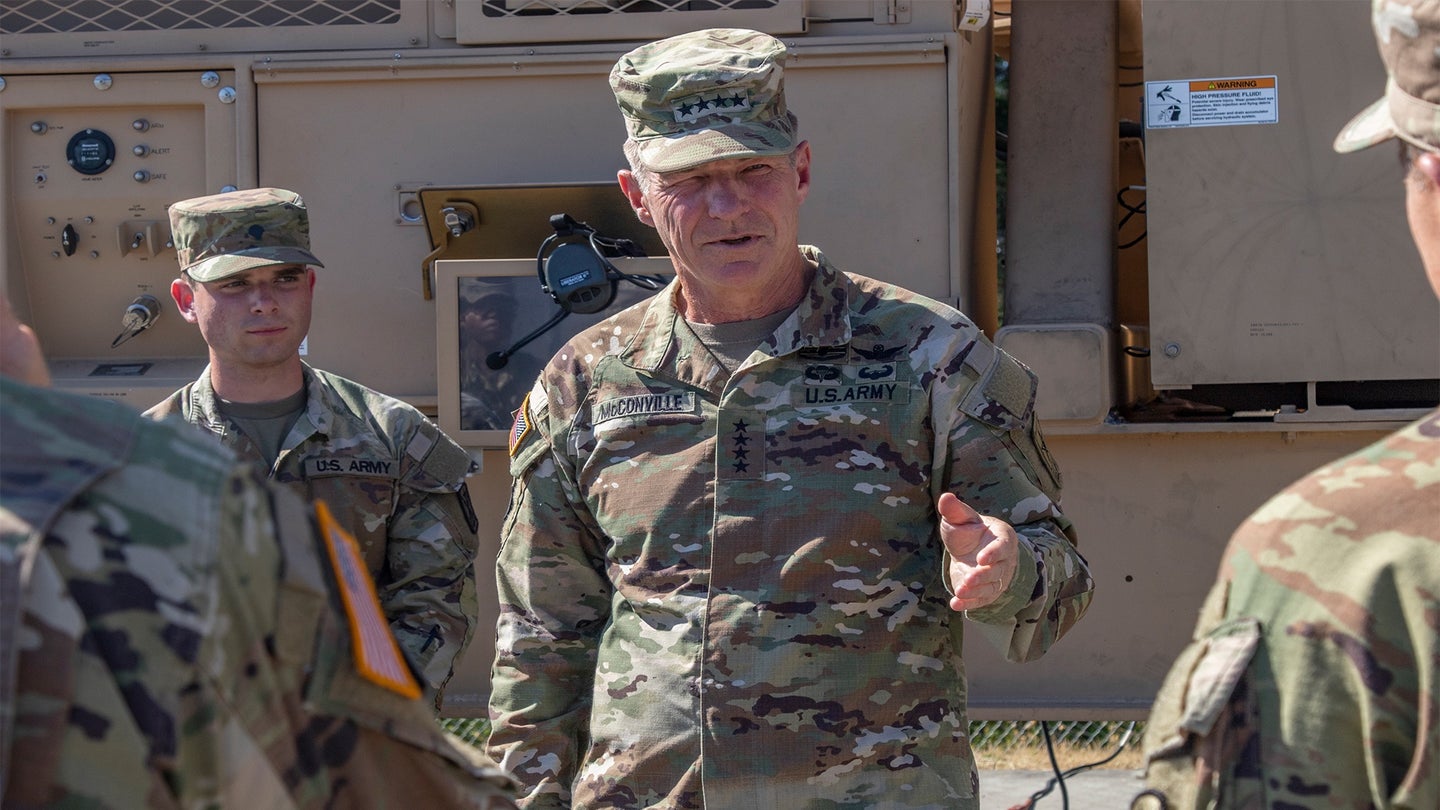 General James McConville is the Army Chief of Staff, the service’s highest-ranking officer. But, 40 years ago, he was just Lt. McConville, and then Capt. McConville, leading a platoon and then a company of soldiers and non-commissioned officers. And as he told Task & Purpose this weekend at the 2022 Army-Navy game in Philadelphia, Pennsylvania, there’s one thing he learned back in his days as a young officer that has stuck with him over the decades.

“I think one of the things I learned over the years is the importance of deliberate practice and rehearsals,” said McConville. “The way you get good at things is multiple iterations.”

Just about every junior officer has heard it’s important to listen to the soldiers and non-commissioned officers in their unit. They’re the ones with the experience and knowledge. And, in between the inevitable land navigation mishap, at least a few of those junior officers who go on to become generals will learn a few things they’ll be able to apply down the road.

“You have to provide the passion to do that,” said McConville. “You’ve got to continue to do the skills and tasks correctly and the expert coaching comes in to make sure you’re doing it right. “

“Even if you’re the best in the business, you’re always training,” he added

McConville took over as the Army’s chief of staff in 2019. Prior to that, he was both the deputy commanding general and commander of the 101st Airborne Division during deployments to Afghanistan, and a brigade commander in the 1st Cavalry Division during a deployment to Iraq. He is also a qualified aviator in the AH-64D Longbow Apache, OH-58 Kiowa Warrior, AH-6, AH-1 Cobra, and other aircraft, and earned two Distinguished Service Medals, three Legions of Merit, three Bronze Star Medals, two Defense Meritorious Service Medals, three Meritorious Service Medals, two Air Medals, the Joint Service Commendation Medal, among other awards, according to his official biography.

The importance of training isn’t the only thing he learned as a junior officer. As he told Task & Purpose in 2020, as a captain he witnessed a fellow soldier denied leave from a training exercise to fly home for the birth of his child.

“I was furious,” McConville said. “I wasn’t even in that brigade … And I made a pledge right then: I will never let that happen on my watch, in any unit that I’m ever in.”

Prioritizing a work-life balance stuck with him, to the extent that when he was nominated for his current role, he told then-Secretary of Defense Patrick Shanahan that the interview would have to be rescheduled from the date his son, also in the Army, returned from a deployment to Afghanistan.

“And of course, the staff are talking like, ‘Wait a minute, doesn’t the general know that the secretary of defense is very busy, you know this is a big deal.’ I said ‘Well, I know it’s a big deal … I’ll be glad to interview with him, I just can’t do it that day,’” McConville said. “‘Unless he wants to come to Fort Stewart.’”

So, always be sure to give the best advice to those junior officers, no matter how annoying they may seem at the time because one of them might just end up as the Army chief of staff one day.