"Have these experiments caused Lyme disease and other tick-borne disease to mutate and to spread?" 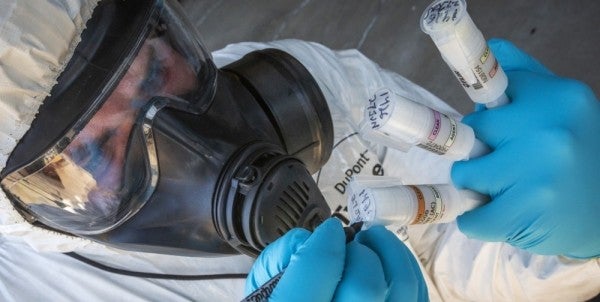 If you've ever wondered if the Pentagon has ever exposed the American public to ticks infected with biological weapons, you're not alone.

Rep. Christopher Smith (R-N.J.) authored an amendment to the House version of the Fiscal 2020 National Defense Authorization Act would require the Defense Department Inspector General's Office to find out if the U.S. military experimented with using ticks and other insects as biological weapons between 1950 and 1975.

If such experiments took place, the amendment would require the inspector general's office to tell lawmakers if any of the ticks or other bugs “were released outside of any laboratory by accident or experiment design.”

Smith is the founding co-chair of the House Lyme Disease Caucus. In a news release, Smith said he was inspired to write the amendment after reading books and articles about U.S. military experiments meant to use ticks and other insects to infect enemies.

Defense officials did not provide a comment for this story. Lawmakers from the House of Representatives and Senate will now consider whether to include Smith's amendment in the final version of the NDAA.

President Richard Nixon announced in 1969 that the United States would unilaterally end its offensive biological weapons program. Although the Soviet Union also signed a ban against such weapons in 1972, it continued to weaponize biological pathogens such as anthrax throughout the Cold War.

More than 60 people were killed when anthrax spores were accidentally released from a bioweapons facility in Sverdlovsk, Russia.

SEE ALSO: DHS Is Considering Classifying Fentanyl As A 'Weapon Of Mass Destruction'