War Is Hell, Especially For The Enemy

As a kid, I always loved playing guns with my friends all throughout the neighborhood. Our setting for these battles... 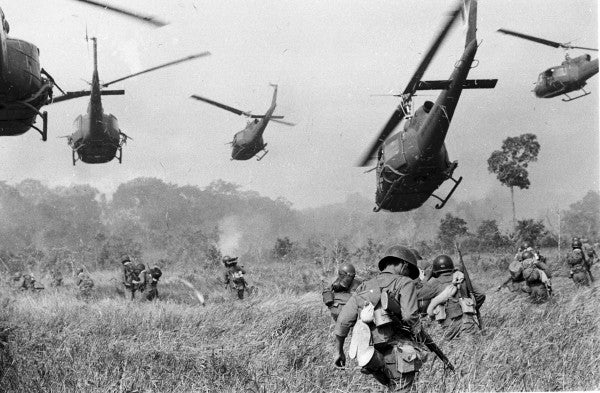 As a kid, I always loved playing guns with my friends all throughout the neighborhood. Our setting for these battles was almost always Vietnam. I used to read books about the long-range reconnaissance patrols and recon teams and battles there. Growing up, I knew that someday I needed to visit.

I am now on an 11-month trip around with the world with 40 missionaries, and we recently arrived in Vietnam. During our first weekend, we headed over to the War Remnants Museum, which in Vietnamese is called the “Museum for Crimes of War and Aggression.” It’s full of American weapons, land mines, vehicles, and other equipment. There are also several exhibits that show in graphic detail the effects of napalm and Agent Orange, the Mai Lai massacre, and U.S. soldiers executing suspected Viet Cong. The museum conveniently leaves out the Viet Cong’s own contributions to the war, but it is an excellent opportunity to learn about warfare through the point of view of the other side.

Watching American planes drop napalm on the tree lines is sort of an iconic scene of American military muscle in the Vietnam War. In movies like “Apocalypse Now,” “Platoon,” “We Were Soldiers,” and even “Forrest Gump,” napalm strikes are the weapon of choice to eliminate large groups of Viet Cong hidden in the jungles. It's a fierce, effective, and impressive weapon, now outlawed by the Geneva Convention. However, what we rarely see is the aftermath of the weapons we used against the Viet Cong, particularly Agent Orange, which was an extremely potent defoliant used to destroy foliage and civilian crops in order to hamper the enemy. Agent Orange contained high levels of dioxin — an extremely toxic and known carcinogenic chemical. The long-lasting effects include deformities and birth defects among tens of thousands of rural villagers. The photos are alarming.

While I completely understand that it is all but impossible to eliminate civilian deaths, it is difficult to not compare the Haditha killings to the Mai Lai massacre. Having been in war myself, I completely understand the emotions, complexities, and mistakes both sides can make. I know that things rarely go according to plan. And although I will not condone the actions in Haditha, or the Marine sniper who urinated on the dead Taliban soldiers, I would be lying if I said that I did not understand what led those men to make those poor decisions. I don't think that very many people who have never fired a bullet in anger or had close friends severely injured or killed by enemy fighters would see things from the same perspective as those of us who have.

In war, we are overcome with aggression and we are blinded by anger and the passion to protect those who are fighting alongside us. It's almost a requirement that we stop viewing the enemy as human beings in order to effectively target and kill them. Moreover, realistic training effectively prepares us for combat and allows us to become accustomed to shooting at man-shaped targets and even at each other with simulated munitions similar to paintball rounds. Sometimes realistic makeup is applied to simulate battlefield injuries and “role players” are used to act as local civilians caught in the wrong place at the wrong time. The training is good and it is necessary. But it further desensitizes us to the future horrors of combat, probably much the same as how many Americans have become desensitized to the violence and fighting almost constantly displayed on news channels. We are so accustomed to violence that it's easy to flip the channel in boredom or to look at the enemy dead dismissively. On the other hand, if we were to see a dead American soldier or Marine on television, we would have an almost visceral feeling of rage and anger. Much of this desensitization is why our soldiers and Marines return home, often apathetic and unable to regain the full sense of emotions they once had, resulting in a stunning 22 veteran suicides per day. I know the first time I saw a dead combatant, my only thought was, “Cool. Where's my camera?”

There are many things in this life worth fighting for. Freedom is at the absolute top of that list. I firmly believe that fighting should be done with speed, surprise, and effective violence, destroying the enemy and his places of refuge. Nonetheless, I have also learned the hard way that everyone in war is human. Being here in Vietnam where the effects of the “American War in Vietnam” are still very present, I must say that it has been quite the experience and is sobering to remember that war is hell on both sides. America may have lost the war in Vietnam, but it is quite clear that nobody really won.

Dave Smith is a former Marine infantryman and a graduate of UC Berkeley. He is currently on an 11-month missions trip around the world.