Why The VFW Is Worth Saving

There was a time when our country assumed no social responsibility for the men they sent to war. These men... 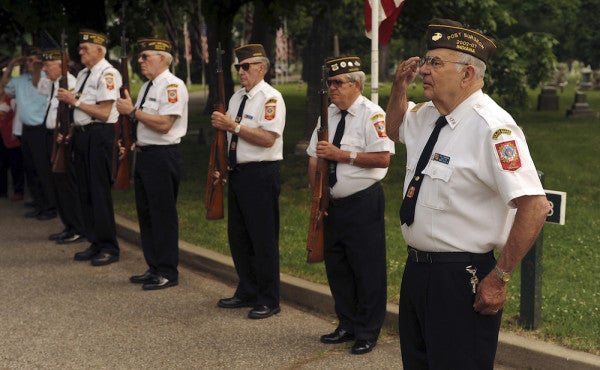 There was a time when our country assumed no social responsibility for the men they sent to war. These men returned injured, broken, and sick, and virtually zero benefits existed for them — no Veterans Administration, no G.I. Bill, nothing. The service members of these wars were expected to simply return, and get on with their life even though they had suffered lost limbs, fatal diseases, lost eyesight, and debilitating “shell shock.”

By 1899, American veterans had enough, and the first local chapters of the Veterans of Foreign Wars were founded in order to lobby Congress for the benefits they deserved. These early chapters were erected in Ohio, Pennsylvania, and Colorado. By 1936, the VFW had over 200,000 veterans in its ranks.

Since then, many important benefits that we modern veterans often take for granted were fought for and won, such as the Montgomery G.I. Bill, which sent thousands of World War II vets to college and essentially created the American middle class. We have the VFW to thank for compensation for veterans who inhaled fatal chemicals like Agent Orange in the jungles of Vietnam. When veterans of all wars are laid to rest and an American flag is draped over their coffin and a rifle squad respectfully renders a salute, we have the VFW to thank. When Gulf War veterans returned sick with cancer, the VFW lobbied for the compensation they needed. When my generation of veterans faced the astronomical increase in college costs, the VFW helped deliver the post-9/11 G.I. Bill, which has propelled countless Iraq and Afghanistan vets into some of the most elite universities in our nation. The VFW has done a lot, we owe them much. However, recently, many young veterans of the current wars have sharply criticized the VFW for not modernizing and for not encouraging more women to enter into leadership roles, and rightly so. Out of the 65 voting members of the VFW governing body, only one is a woman, according to Military.com.

The VFW deserves this criticism. In fact, some veterans have gone so far as to suggest that the VFW is no longer needed, that it is obsolete. It almost is, and if the VFW doesn’t fundamentally change its ethos and command climate, it will die on the vine. But I hope it doesn’t die. We need it because it still offers veterans tremendous benefits and is a beacon of progress in the history of veterans affairs in the United States.

Specifically, there are four reasons why the VFW requires our help in its fight for survival:

1. Brick and mortar. One can never underestimate the power of an actual physical space, a real place to gather, to display and pay respect to our common symbols of service. Local VFW chapters might be a little run down, and many remain small, smoke-filled drinking halls, but the fact is that their brick-and-mortar presence is a permanent reminder to our communities, especially during peacetime, that wars were fought and the men and women who fought them live among us. These physical spaces are a bridge to the civilian world we must inhabit upon our departure from active duty. Imagine what these places could be with a little modernization?

2. Local chapters. Many of the new veterans service organizations are nationally and virtually based; in other words, they lack local chapters. Every community in America is different: Some are rural, many are urban, most are something in-between. It is still common, as it was during World War II, for service members from the same small community to be sent together to the front; men and women from a small corner of Kansas likely fought in the same area in Iraq or Afghanistan.

Local chapters are also able to better gauge the needs of their specific community; they can raise money for and support the causes their communities care about. Local is always better in my mind, and the VFW has a solid local presence, and genuine strength in its local autonomy.

3. An established chain of command. Frankly, I am tired of some modern veterans groups who possess one very charismatic leader, and little more. Alternatively, the VFW has had, since its creation, a strict chain of command, which many young veterans can appreciate. Even though the VFW is shamefully lacking in female leadership at any level, it is democratic in its establishment. No single “rock star” makes the decisions.

4. Sheer lobbying power. Let’s face it, barbecues, camaraderie, and gyms are nice. But when things really go bad, when the policymakers on Capitol Hill think it’s a good idea to close commissaries, or not fund the VA properly, or refuse to hire veterans, we need to lobby Congress and we need professional lobbyists to do it for us. As much as I respect and honor the work that has been done by the many modern veterans organizations created by Iraq and Afghanistan veterans, the influence of the VFW to lobby on Capitol Hill is still powerful. Members of the VFW include former presidents, such as Theodore Roosevelt, Dwight D. Eisenhower, George H. W. Bush, and Al Gore. It has a National Legislative Service in Washington to maintain a strong D.C. presence, advocate for veterans’ needs, and provide testimony to Congress. It remains one of the largest veterans service organizations in the country.

When service members returned from World War II, they returned to a nation that went to war with them, much of the U.S.’s population served in some shape or form. These veterans did not feel the same isolation that our Iraq and Afghanistan vets have felt. We returned to a nation that did not experience the war the way we did. This isolation has caused many of us to form our own veterans service organizations out of a sheer need to survive. Some run races together, some work out together, some band together to elect veterans to office, some farm together, some fight for gender equality, and some come to the rescue during natural disasters. We need these new organizations. However, the VFW is also still needed by young veterans; we cannot simply discard the decades of thankless work, time, and manpower that older vets have put into making the VFW a powerful force, simply because it has not kept pace as fast as it should. In fact, the VFW’s established and traditional chain of command mechanism is the very thing that will ensure young Iraq and Afghanistan veterans someday lead local chapters, as well as the entire VFW.

Did I join my local VFW when I returned? No. It’s insulting and damaging that it still has a separate “auxiliary” wing for women. Why are the auxiliaries for family members still gender specific? However, with some old-fashioned leadership, and infiltration of its archaic ranks by young veterans, specifically female combat veterans, the VFW could become a modern force of strength for veterans in local communities throughout our nation.

The VFW knows it is in trouble. John W. Stroud, the commander-in-chief of the VFW, recently published a direct order to modernize to all his chapters. In it he states:

The fact remains that the stereotypical, dingy, dark and smoke filled VFW Post and canteen do exist, but they have no benefit to our organization, provide no aid to our mission nor to the veterans we strive to help and serve. Accordingly, I am charging my current Department VFW Commanders to be advocates of change and to challenge the officers of the subordinate units within their command to be more than officers — challenge them to be leaders cognizant of the current challenges today’s veterans face.

We can’t give up on the VFW; we must accept the torch as it is passed to us. And if the VFW does not voluntarily pass it, we must seize it.

Visit your local VFW, and if the members think you don’t belong there, continue to sit at that dark bar until they do. Infiltrate the ranks and run for leadership positions; write about your local chapter, volunteer there; offer your ideas. Don’t allow them to tell you your youth is a disadvantage; instead, politely advise them that your youth is exactly what’s going to save them.