When The Fury Of Battle Follows The Warrior Home

The Washington Post article published in February by Greg Jaffe, details the Arlington Memorial Cemetery gathering of Marines mourning their... 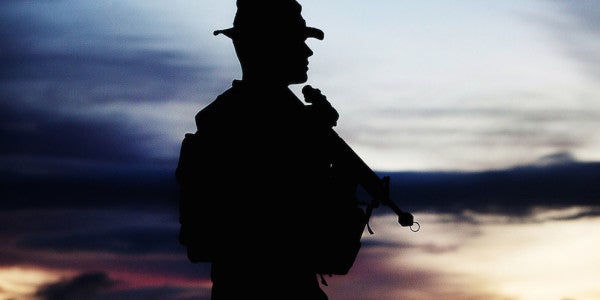 The Washington Post article published in February by Greg Jaffe, details the Arlington Memorial Cemetery gathering of Marines mourning their scout sniper brother, Rob Richards, who died from accidental drug overdose. Richards was one of three Marines videotaped by comrades as they urinated on the corpses of dead Taliban. As Jaffe wrote, Richards went from war hero to pariah owing to that 38 seconds of video retrieved after he returned from deployment. It was the 38 seconds that Richards realized would be the larger world's only memory of him.

As the Post story recounted, the Marines caught in the impulsive act of desecrating their dead enemy had only that day found the limb of one of their own brother Marines strung from a tree by the Taliban fighters they tracked and killed. Prior to the rage that was triggered by that Taliban fighters’ casual atrocity, these Marines had used their expert marksmanship skills and field craft to protect the patrols of their infantry brothers. The easily misunderstood sniper’s role, as recounted in that most famous of movies “American Sniper,” is to provide force protection at long range. In other words, to kill those who would be attacking comrades before they can get in range to do so.

That is not a rationalization, or justification, but a partial explanation for the heat of anger for slain comrades that can infect any battle space, and then play out in the media as a war crime, open and shut. As related in the Post story, the Marines caught on tape faced courts martial, but eluded major criminal sanction. Their military careers were ended in ignominy for a transgression of civilized behavior, an act that Karl Marlantes, the decorated Marine author of “What It Is Like To Go To War,” would describe as a battlefield violation of standard born of hot anger, and understandable desire for vengeance.

So, a Marine, who had served three combat tours, is dead from accidental drug overdose. Whether it was triggered by inability to adjust in a world utterly changed and bewildering where the brass who had once praised him, now damned him, or whether it was a fatal drug interaction we may never know. We do know this. The prescriptions either served up — or withheld — in too many cases simply are not working well enough. We do know this, also. What happened out there — what Marine scout sniper Richards did in the heat of less than a minute — changed his life from one of the proud and few in a warrior elite to an uprooted wanderer in the corridors of his own emotions and life.

And as author Marlantes notes, we own some of this. We are the ones who bought the bullets and the training and sent these sons (and sometimes daughters) of America out to do our government's killing.

As the father of a Marine combatant traumatized in the second battle of Fallujah, I have lived through the intimate, interpersonal tragedies of mystification, and lack of understanding that so afflicts civilians who cannot comprehend the world known only to those who return from mortal combat. Our beautiful son, having survived the worst sort of hot combat in Fallujah, faced his greatest jeopardy on return to the cold dawn of everyday life “back in the world.”

My son was haunted by his memories on so many days and fearful nights, that there were times he might have been lost before living to the opportunity to see his best years of marriage, education, and plans for family. The steps he negotiated to recovery demanded all the inner resources and courage that would equal any threat faced in the kill zone. When he offers his personal insights about war trauma, he observes that it will not ever go away, but it must be managed in order to live, to live a decent, and productive life with some chance for happiness.

It is fair to say that my son got some help from the VA, but it really was not enough at the time, and it really was not effective enough to be able to say that the national system for veterans provided the relief he needed. He received help, but mostly he found his own way, with determination and purpose. By his own account, there are far too few veterans in the VA who possess adequate insight in providing therapy for fellow veterans traumatized by combat. There are many competent and dedicated VA clinicians, and many who can be, and are, effective. Still, my son's experience reflected a paucity of staff with combat zone time needed to really “get it” when dealing with veterans in the post-traumatic stress disorder zone. Also, veterans are more likely to trust other veterans.

In our home town, within the past eight months we have witnessed at least two reported veteran suicides, two of the 22 a day that the Department of Veterans Affairs cite as the death rate. One Iraq War veteran emerged from his vehicle after a police chase and brandished a weapon. He was killed on the spot by officers given no choice but to defend themselves. It is what is called “suicide by cop.” The other, a Marine infantry staff sergeant with tours in Iraq and Afghanistan, shot himself in view of his wife. He had managed a successful transition to marketing executive, but he could not manage his despair, and his parents were alarmed, but powerless to help.

This is why passage of the Clay Hunt Suicide Prevention Act was crucial. Yet, we must ask will it be enough, soon enough, to abate the trend of veteran suicides? The nation's vet centers are a necessary, but partial, response, as is the entirety of the VA mental health care system. Veterans seeking care at the VA-associated vet centers often relate to the care because the counselors themselves have time “in country.”

It is my son's sobering assessment that he sees and hears too much of the same story about the VA experience. From his friends who suffer right now, he observes a resort to prescriptions that can kill the spirit without suppressing the symptoms, and talking group therapies that fail to address the individual warrior's personal needs. That, and simply too long a time waiting for care, and waiting to hear that someone is really invested in caring about them. Again, some great clinicians, and a lot of poor management of time and resources.

Greater coordination between the government and reputable mental health, non-profit service providers is needed, and quickly. The territoriality of maintaining mental health care as a sole province of the VA means that there will never be enough availability for veterans seeking care. That means the march of self-destruction after combat will continue. The example of Clay Hunt, who died by suicide while waiting in anguish for an augmented PTSD rating, is one of the best examples of the nature of the problem.

Meanwhile, families need ready access to information and availability of crisis intervention. The recent Oscar award for the HBO documentary about the VA-funded crisis line is helpful, and the documentary itself ought to be disseminated as far and wide as possible, as quickly as possible. In an age of streaming and YouTube, it is one of those things that can be done right now.

In the case of one of our hometown veteran suicides of last year, the staff sergeant's parents — lacking any military experience of their own to draw on — looked on helplessly while their 32-year-old son tried to grapple with his changed world. The veteran attempted to reconnect with his faith, and he had a fraternity of veteran companions. But the crisis that precipitated his self-destruction occurred quickly, and apparently without anyone having awareness that safety, hospitalization, or a call to the veterans crisis line, was as close as a smartphone dial-up.

The Clay Hunt Act addresses measures needed to improve the VA's response, but still, we can, and must, do more. Veterans organizations such as Iraq and Afghanistan Veterans of America, Vietnam Veterans of America, the American Legion, and the Veterans of Foreign Wars can provide community outreach forums and tap VA veterans service officers to give community talks. Some are already doing this. More are needed. Churches and other faith groups tend to have the family of active military and veterans in their congregations, synagogues, and yes, mosques. Sometimes even a “shout out” and brief exposure to the hazards and potential remedies can help greatly, and give families a tool they may very well need when crisis arrives, unwanted, unbidden, but there nonetheless.

Our survivors of the wars this nation sent them to fight are not to be pitied. They should be met with respect, and compassion. In a tone of righteous indignation, my Marine combatant son wonders whether the Marines who pissed on their Taliban enemies were ever channeled toward psycho-social counseling before being immediately pilloried in the courts martial system. He believes the answer is abundantly apparent.

Our warriors who come home, from whatever branch or area of operations, are indeed survivors. They should not be stigmatized as victims. If public consciousness is raised, the greater potential exists to prevent battlefield deaths that happen after the survivor returns home.