When Will Trial Date Be Set For Sept. 11 And USS Cole Defendants?

The U.S. military has suffered horrendous losses from terrorist attacks, the most deadly being the 1983 Beirut attack in which... 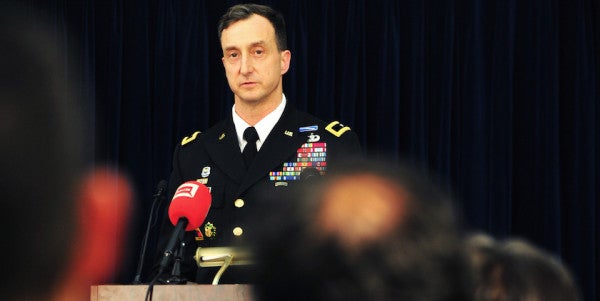 The U.S. military has suffered horrendous losses from terrorist attacks, the most deadly being the 1983 Beirut attack in which 241 service members, mostly Marines, died. In what would subsequently become a very effective technique, a suicide bomber drove an explosive-laden truck past security barriers and sentries and into the building’s lobby, detonating a device with a force equivalent to 21,000 pounds of TNT. The explosion collapsed the building and crushed most of the service members inside it.

Most would agree that the Sept. 11 terrorist attacks were the most significant attacks in American history. Fifty-five uniformed service members died in the Pentagon alone. But in October 2000, in an attack that was overshadowed by the Bush-Gore election, al-Qaeda operatives posing as friendlies brazenly pulled alongside the USS Cole in Aden harbor in Yemen, and detonated a bomb that ripped a hole in the side of the Cole. The attack killed 17 American sailors and injured 39 others. The alleged architects of both the Cole and 9/11 attacks have been in American custody for over a decade. But none of them have been tried for their alleged crimes, either in federal court or in a military commission.

As a young Marine captain, I remember being sent to FBI headquarters in the Hoover Building in early 2003 to attend a briefing for the Cole families on the status of the investigation so I could report back to higher authorities at the Navy Yard. The briefing was attended by none other than FBI Director Robert Mueller, Sen. John Warner of Virginia, and Attorney General John Ashcroft. I met several of the families who had lost loved ones. And back then, just over two years after the attack, the families were already wondering what was happening and why progress was slow. These families were the picture of patience, grace, and humility, but they were frustrated. It was a fascinating lesson in government to watch them politely ask very pointed questions of the FBI director and attorney general and see those two presidential appointees feverishly taking notes so they could go back and answer the questions. That was 12 years ago, and the families are still waiting.

Fast forward a decade. The Boston marathon bombing took place in March 2013. Two weeks ago, less than two years after the bombings, defendant Dzhokhar Tsarnaev’s trial in federal court ended with him being convicted of all 30 counts in his indictment. Although the penalty phase of his trial began this week, the Boston bombing victims and their families “got justice” because Tsarnaev will either do life without parole or get the death penalty. Not so for the victims and families of the Cole bombing and 9/11 defendants, whose loved ones were killed or injured nearly a decade and a half ago.

If you review recent federal terrorism prosecutions, you can see there is a huge disparity in how long some of these cases took to get to trial compared to military commissions.

Zacarias Moussaoui, the so-called “20th hijacker” in the Sept. 11 attacks, was indicted on capital charges in December 2001. After several continuances for his benefit, including determining his competency and an interlocutory appeal over whether the government could pursue the death penalty, Moussaoui pled guilty in April 2005, less than four years after he was charged. His current residence? “Supermax” in Florence, Colorado.

Jose Padilla, alleged to have trained in al Qaeda training camps in Afghanistan and conspired to support al Qaeda by committing terrorist attacks in the United States, was indicted in November 2005 for conspiring with other terrorists to murder American citizens. A federal jury convicted him in August 2007, less than two years later. He was sentenced to 21 years in federal prison. His current residence? “Supermax” in Florence, Colorado.

Ahmed Ghailani was indicted in 2001 for his role in the East African U.S. embassy bombings, but he was not transferred to the United States for trial until June 2009. Once a federal court got control of his case, he was tried and convicted in November 2010, only 18 months later. Current residence? “Supermax” in Florence, Colorado.

If Tsarnaev receives a life sentence rather than the death penalty, it’s a foregone conclusion he will take up residence at Supermax with Moussaoui, Padilla, Ghailani, and other convicted terrorists, such as Ramzi Yousef (the 1993 World Trade Center bomber), Ted Kaczynski (the “Unabomber”), Eric Rudolph (the Olympic Park bomber), and Terry Nichols (the Oklahoma City bombing co-conspirator).

The trajectory of the 9/11 and Cole bombing cases, on the other hand, has been agonizingly slow in comparison to federal terrorism cases. In late 2009, pursuant to a protocol developed between the departments of Justice and Defense, the attorney general announced after reviewing “the nature of the offense, the location in which the offense occurred, the identity of the victims, and the manner in which the case was investigated” that five 9/11 defendants would be prosecuted in federal court and five defendants plus the Cole bombing defendant would be prosecuted in a military commission. But then in April 2011, Congress blocked the transfer of any detainees from Guantanamo Bay to the United States, and it was announced that the five 9/11 defendants would be tried in a military commission instead.

Once it was announced that the 9/11 case would be sent to a military commission, charges were “referred” — the military equivalent of an indictment — in April 2012. Three years later, no trial date has been set. And the alleged mastermind of the USS Cole bombing, Abd al Rahim Hussayn Muhammad al Nashiri, was charged in November 2011, but still he has no trial date on the horizon either. Calculating the wait times for both of these cases starting the date they were charged is being kind, especially when one considers that all the defendants have been in U.S. custody much longer than that.

Nothing ever seems to happen in the military commissions' cases. Why is there no sense of urgency? Why are there hardly ever any hearings? And why doesn’t the media care anymore? Perhaps it is because so little actually happens in a courtroom that most people have lost interest or forgotten. And the process still continues to suffer from self-inflicted wounds. For instance, the Office of Military Commissions’ website pledges “Fairness. Transparency. Justice.” Yet when you attempt to access a pleading filed in a case, you’re often met with this statement, “The document you are trying to access is currently undergoing a security review per the 2011 Regulation for Trial by Military Commission Chapter 19 Section 4. At the completion of the security review, and if the document is deemed publically releasable, it will be made available to the public 15 business days after the document was filed with the court.”

This applies as recently as April 22 to several pleadings filed in the Cole case. Without an explanation, one is left to only wonder what is contained in such pleadings and court orders that would routinely require security review. So much for transparency.

So we continue to wait. Why are we as a nation satisfied to sit idly by and ignore this situation, while the families of the victims sit quietly and humbly and wait? The Moussaoui, Padilla, Ghailani, and Tsarnaev cases are good examples of striking a balance between the need for a terrorism defendant in a high-profile case to have adequate time to prepare his defense, and the needs of the government and the victims for justice. The families have been humbly and quietly waiting for justice, and they deserve nothing less. We as a nation can do so much better than we are doing right now. It is high time we did so.