North Korea reportedly executed its defense chief, Hyon Yong Chol, under the order of dictator Kim Jong Un, after the... 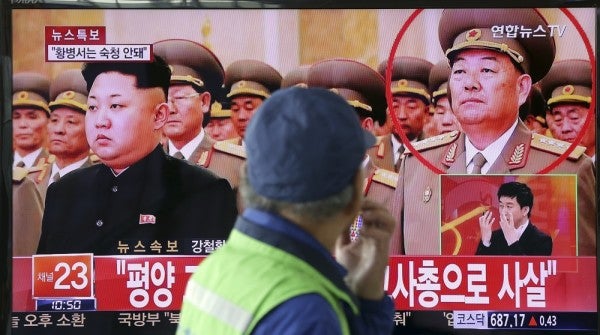 North Korea reportedly executed its defense chief, Hyon Yong Chol, under the order of dictator Kim Jong Un, after the official fell asleep during a meeting. South Korea’s spy agency briefed its lawmakers that hundreds watched as the defense chief was executed by firing squad armed with anti-aircraft guns. National Public Radio reports that this follows a string of other executions in an ongoing purge in North Korea, with South Korean intelligence saying that 15 other officials were executed last month.