Obama Issues Ban On Police Use Of Military-Grade Equipment

“We’ve seen how militarized gear can sometimes give people a feeling like there’s an occupying force, as opposed to a... 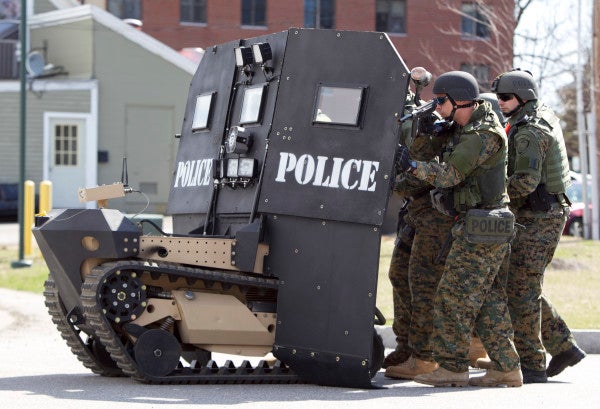 “We’ve seen how militarized gear can sometimes give people a feeling like there’s an occupying force, as opposed to a force that’s part of the community that’s protecting them and serving them,” said President Barack Obama, during a speech Monday in which he announced a ban on the federal government issuing military equipment to local police. “It can alienate and intimidate local residents and send the wrong message.”

Effective immediately, the government will prohibit the federal transfer of armored vehicles that run on tracks instead of wheels, firearms and ammunition .50-caliber or larger, grenades and grenade launchers, and bayonets. The federal government is expected to recall prohibited items already distributed. However, the announced change will still allow departments to acquire specialized firearms, riot gear, and armored trucks with tires, so long as they have training and permission from local authorities.