Veterans of Iraq and Afghanistan that were exposed to dust storms and burn pits face higher rates of respiratory illnesses... 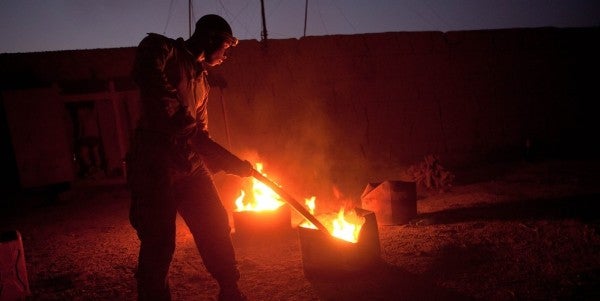 Veterans of Iraq and Afghanistan that were exposed to dust storms and burn pits face higher rates of respiratory illnesses like asthma, emphysema as well as lung disorders. The findings were posted online by the Department of Veterans Affairs, in June, and are based on information from the VA’s Airborne Hazards and Open Burn Pit Registry, and includes data from more than 28,000 questionnaires completed by veterans.

According to the report, 30% of participants that said they were exposed to burn pits, have been diagnosed with respiratory diseases such as pulmonary disease, emphysema, and chronic bronchitis. Those with exposure to both burn pits and dust storms also reported higher rates of insomnia, liver conditions, and other illnesses as well as decreased physical function. Significantly, 365 veterans said they’ve been diagnosed with idiopathic pulmonary fibrosis or constrictive bronchiolitis, both of which are rare crippling and sometimes fatal diseases — not usually found in healthy, young adults.

The database allows any former service member that thinks they were exposed to fumes from burn pits or other pollutants to register with the VA.