An estimated 90,000 Navy veterans who served offshore in Vietnam may have been exposed to Agent Orange and a group... 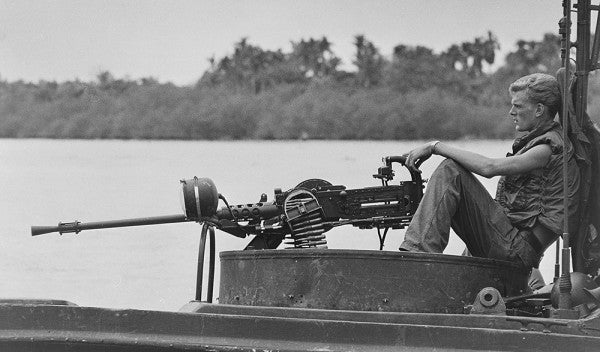 An estimated 90,000 Navy veterans who served offshore in Vietnam may have been exposed to Agent Orange and a group called Blue Water Navy veterans have been fighting to receive compensation for years. But these sailors’ benefits are being blocked by the most unlikely obstacle: a misplaced comma.

Because there is no comma after the “and” in the second example, service members who remained offshore on their boats are being denied benefits. This argument was used in 2008 in a federal appeals court to uphold the VA’s 2002 decision to exclude Blue Water veterans from Agent Orange compensation.

A new bill is being pushed that would require the VA to provide compensation for any veteran exposed to Agent Orange and whose ship came within 12 miles of Vietnam’s coastline or barrier islands.