Army medic Gary “Mike” Rose is a hero of the Vietnam War. Over nearly four days, he put his own... 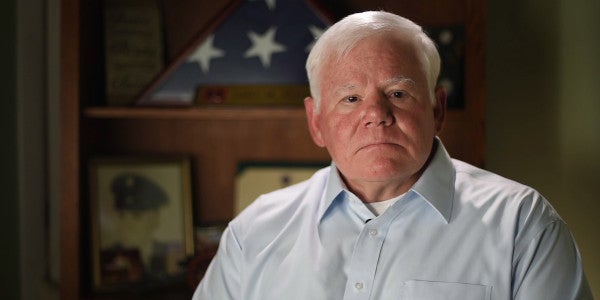 Army medic Gary “Mike” Rose is a hero of the Vietnam War. Over nearly four days, he put his own life on the line countless times to administer medical treatment to dozens of soldiers engaged in a deadly diversion mission, and for 28 years, no one knew. Rose was a part of Operation Tailwind — a covert incursion meant to distract the enemy’s attention from a CIA offensive the United States conducted in September 1970.

On Oct. 23, Rose will travel to the White House to accept the military’s highest award — the Medal of Honor — he says, on behalf of all the Special Forces unit with whom he served.

“That medal, and the presidential unit citation, recognizes, finally, the service of all the men in all those years that served in MACSOG,” Rose said in an Army news release. “It's a collective medal from my perspective. All the courage and honor and dedication to duty of those men who served. They went for 30 years not even being acknowledged.”

Operation Tailwind, which launched on Sept. 11, 1970, and ran four days, was a operation mired in controversy. The mission was part of a secret war being fought against the Vietnamese in neighboring Laos; for decades, the Army denied it happened until CNN erroneously broke a story on June 7, 1998, about how the mission was meant to kill U.S. defectors in Laos.

Until recently, medal citations for the unit listed men only as “deep in enemy territory,” Neil Thorne, an Army veteran and researcher who has filed a number of valor award applications for Rose’s unit told The New York Times in 2016.

“The Army still doesn’t want to admit it,” Thorne added. “Even to this day, I put in Laos in a citation, the Army takes it out. It’s almost a game, but it’s not really funny. Rose is unique in that they finally left in the truth.”

Retired Lt. Col. Eugene McCarley, who served as Rose’s commander believes that Rose helped more than half of the 130 soldiers that participated in Operation Tailwind.

“He definitely saved the lives of two individuals that I know of personally,” McCarley told the Army news service. “The entire operation, Mike never slept or ate or rested. There were at least three or four occasions were we had a wounded man out in the area, away from the company area, and Mike went out and carried the wounded, and treated them on the spot, despite being fired upon the whole time.”

What really happened is that during those four days, helicopters dropped 136 soldiers — Vietnamese Montagnard fighters, members of the Military Assistance Command, Vietnam Studies and Observations Group (MACV-SOG), and Army Special Forces — into Laos to create mayhem and distract the enemy from a CIA mission in the north, according to The Times report.

“Our mission was, we were a diversionary force,” McCarley said. “The CIA, along with a Laotian force, were in control of what they called the Bolaven Plateau. It is an enormous plateau up in Laos, with several airfields on it.”

But the distraction proved both dangerous and deadly. At the time, Rose was 22 years old and the only medic in the bunch. By the end of the operation, “a third of the company was wounded,” according to New York Times. Rose’s role was absolutely critical.

“Your job is not to repair,” he told the Army news service. “Your job is to ensure the person survives to be put on a helicopter so they can get to a facility that has proper skilled physicians and nurses that can begin to repair the damage done. Your job, as a medic, is to maintain the person's life. That is, to keep them out of shock, to stop the bleeding, and also as much as possible prevent infection if you could.”

And for nearly four days, Rose did everything within his power to keep soldiers alive.

“People got hurt immediately,” Rose said. “We hit the ground, and we were skirmishing from the first day. We started taking injuries. It was a running gun fight for four days.”

And when Rose finally made it home, he had to keep his mission a secret. He surmises that nearly 2,000 names on the Vietnam Memorial belong to MACV-SOG soldiers who quietly sacrificed their lives 1965 and 1973.