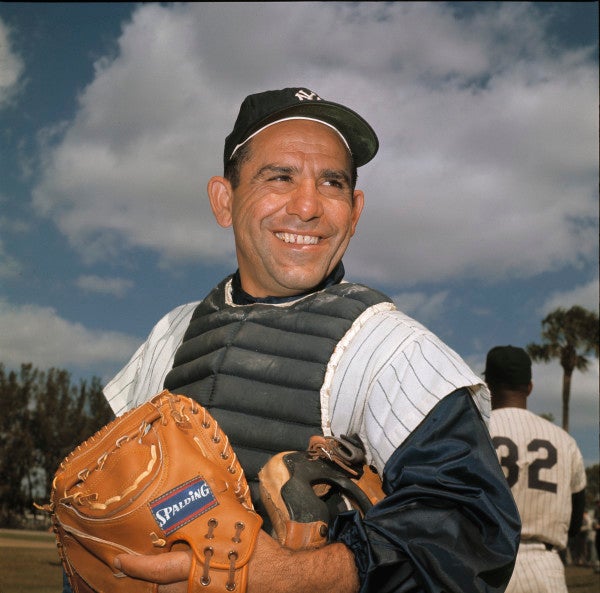 On June 6, 1944, a 19-year-old American sailor stood on the deck of a landing craft support, small. The ship was designed to provide cover fire for the soldiers who would storm the beaches for the largest amphibious operation in American history, D-Day.

The 19-year-old sailor wanted to watch the planes coming overhead, he thought it looked pretty. A nearby battleship was firing on the beach, and he wanted to watch. His ship was 300 yards off the beach of Normandy in the English Channel. His ship, the landing craft support, small; or LCCS; was not so affectionately nicknamed the “landing craft suicide squad.”

As the young man peered over the edge of the ship and watched the scene unfold, his officer told him, “You better get your head down in here, if you want it on.”

That young man was Seaman 1st Class Lawrence Berra, and he would go on to become one of the most legendary baseball players of all time. The world would come to know him as Yogi Berra. He died today at the age of 90, on the 69th anniversary of his major league debut.

As the catcher and captain of the New York Yankees, Berra won 13 World Series titles, he appeared in 18 All-Star games, and he was elected most-valuable player of the American League three separate years. He would bat in 1,430 runs, hit 383 home runs, have his number retired by the Yankees, and be overwhelmingly elected to Major League Baseball’s Hall of Fame.

But back on that June day in 1944, the day when the Allied forces turned the tide of the Second World War, none of that was imaginable. Berra was one of millions of Americans who served in World War II, who would then come home and lead lives and contribute to society in such a way that they would be called America’s greatest generation.

Berra described his role in D-Day in a 2004 interview with then-MSNBC’s Keith Olbermann. You can watch it below.