How America’s Wars Have Changed The English Language

Speech, much like the world, is in a constant state of flux. The way that wars alter the world, they... 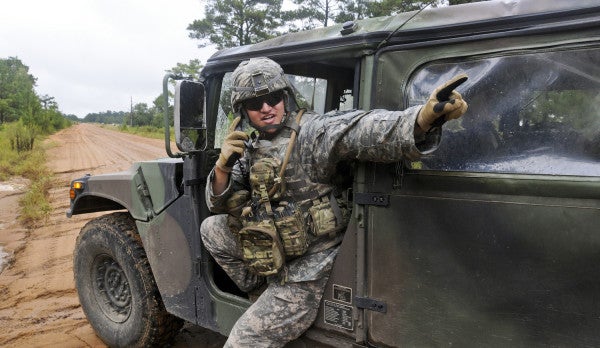 Speech, much like the world, is in a constant state of flux. The way that wars alter the world, they also modify the way we speak and redefine the way we think. As troops have invaded nations, slang too has invaded our vernacular.

As early as the Civil War, military reporter R.W. McAlpine wrote about slang and its impact on American speech. In his article, “A Word About Slang” in the June 1865 issue of United States Service Magazine, he reflected that war slang was a perversion of the language as a result of the urgency of battle. More contemporary writers like Seth Lerer, author of “Inventing English: a Portable History of the Language,” suggest that slang can instead be considered by modern authors to be a form of innovation.

Through wars, some words have changed or garnered new meanings while others were newly coined for specific places and things. During the Civil War, “skedaddle” became “skeet” or “scoot.” In World War I, the word “lousy,” which was intended to describe lice infestations, came to mean weary. In the same token, “trench coat” — a jacket worn in the trenches during battle — to this day remains an iconic outerwear style. “Jeep” came from the letters “G.P.” emblazoned on the side of each general purpose vehicle used during World War II.

In 1950, prior to the Korean War, novelist Robert C. Ruark wrote in a syndicated newspaper column, “That seems to be one of the nicer things about war — it enriches the language so.”

It is no coincidence then that during World War I, hundreds of words and phrases became part of our everyday speech. Wilfred Funk, author of “Word Origins and Their Romantic Stories,” estimated that for each year the United States was involved in World War II, we added more than 6,000 words to the American vocabulary.

The brutality of war has and will continue to spawn thousands of euphemisms that we use in everyday speech. In fact, wars have impacted American speech so profoundly, that they have inspired a series of dictionaries and anthologies to serve as record of the terms and phrases coined during each.

In 2011, author and slang expert Paul Dickson produced the third edition of his book “War Slang: American Fighting Words and Phrases Since the Civil War,” in which he shows how language mirrors the unique experience of each conflict from the Civil War through the Iraq War. Arranged chronologically, the book depicts the linguistic tone of each war — World War II language is as transformative and innovative as the world was at the time, just as Vietnam War phrases showed to be as frustrated and cynical as the soldiers serving its cause.

Dickson wrote during the Vietnam War, the slang was “brutal, direct, and geared to high-tech jungle warfare,” and for the first time in American war history produced a vocabulary of defeat. This particular era spawned a number of new, casual designations for death, like “greased” and “blown away.”

From the wars in Afghanistan and Iraq, a number of slang terms have made their way into regular usage. “Homeland” became the designation for the domestic United States. The term “ground zero” also went from being a term for an area destroyed by nuclear attack to a popularized metaphor for what was left of the World Trade Center, as well as any area leveled by wartime destruction.

However unintentionally, soldiers have become architects of language and profound agents of change throughout history.

Words are paltry things even when compared to peaceful, everyday human experience, and war words are often invented to describe things that are brutally indescribable, bring humor to things that are not funny, and create designations for things that are otherwise unidentifiable.