“I had to push what I was experiencing out of my mind, so I could function the way I was trained to function." 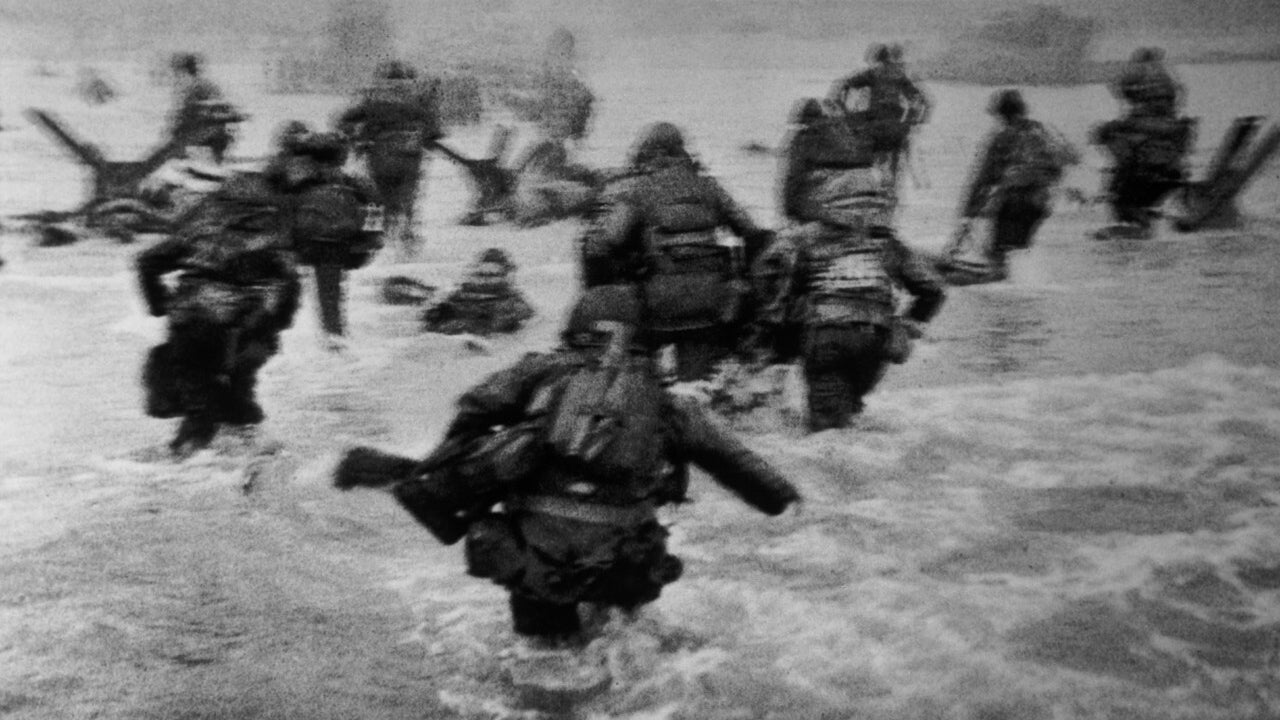 On June 6, 1944, Charles Shay was 19 years old, and a long way from his home in Indian Island, Maine. He had grown up on the Penobscot Indian Reservation, but after being drafted in 1943, he found himself with the 16th Infantry Regiment, part of the 1st Infantry Division landing in the first assault waves at Omaha Beach in Normandy.

“The seas were red with the blood. At the very beginning, it was difficult for me to witness so much carnage,” Shay recounted to American Indian Magazine in 2018. “I had to push what I was experiencing out of my mind, so I could function the way I was trained to function. Then I was able to operate effectively and even saved a few lives. I have always been proud to be a medic. It’s a special privilege.”

Also attached to the 16th Infantry Regiment was a photographer, Robert Capa, who captured some of the only images taken from the beach on that day. You may have seen them before, blurry photos of soldiers stumbling out of landing craft through the surf towards a distant bluff, or crouching under beach obstacles. They were iconic enough that they inspired some of the cinematography for the opening scene of Saving Private Ryan.

But Shay was not in a movie. As Shay recounted in one interview, there were casualties as soon as the ramps dropped and his unit hit the beach.

“I could see bullets hitting the sand around me,” Shay said, “but I was not wounded.”

Under fire, Shay plunged into action, carrying bags of medical supplies. He dragged his fellow soldiers out of the rising tide to treat them. Within a few hours, almost half the men in his company were killed or wounded. By the end of that first day, the landings at Omaha Beach had resulted in 2,400 U.S. casualties.

“When I left the landing craft I landed in water about up to my chest. I made my way to the obstacles the Germans had put up. I was using these for protection,” Shay recounted in another interview.

Because a combat medic’s first priority is to their fellow soldiers, they are often wherever the fighting is fiercest, and as a result, they are often in harm’s way. Shay told of holding a fellow medic who was gravely wounded, Pvt. Edward Morozewicz in his arms.

“I knew he was slowly dying. I bandaged his wounds and gave him morphine. But I knew there was no help for him,” Shay told American Indian Magazine.

The day before the invasion Shay, improbably enough, ran across another member of his tribe, a veteran who had seen combat before.

“He didn’t trouble me with his combat experience, nor did he offer me advice. Instead, we talked about home, because he knew I had never been in combat,” Shay recounted.

Shay escaped the landings enscathed, though, even as 7 other medics from the regiment were killed and 24 wounded.

“I am a great believer in a spiritual way of life. My mother’s prayers must have guided me,” Shay said.

His actions on that day earned him the Silver Star medal.

As brutal as the D-Day landings were, they were just the beginning of the Allies’ advance into Europe, and on to Germany. And Shay’s part in the war had just begun. He’d keep marching forward with the 1st Infantry Division through some of the fiercest combat of World War II, from the Battle of the Hurtgen Forest and the Battle of the Bulge, and eventually re-enlisted, fighting in Korea and earning the Bronze Star, before  retiring in 1954.

After leaving the military, Shay lived in Vienna, Austria until 2003. A few years later, in 2007, he began making trips back to the Normandy beaches, performing a sage ceremony on the beach.

“I touch my forehead with the sage mixture and drop the mixture into the fire. I repeat the proces to all four directions of the compass, twice, The first time I remember my family and my ancestors, the second time my fellow brother-in-arms that never made it home. Each year I think I’ll be joining them soon and I’m consoled  knowing they will greet me,” Shay said during the ceremony in 2018.

This year Shay, now 98, handed over the ceremony to another Native American veteran, Julia Kelly.

Decades on, Shay is one of the last living links to the beaches of Normandy, but his life has left an impact that will live on.