A U.S. Navy Chief who has received five Good Conduct Medals for his time in service has apparently decided to... 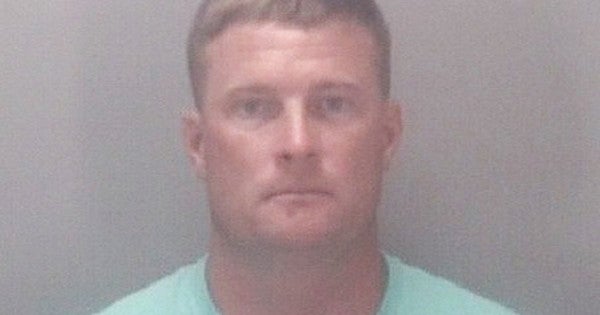 A U.S. Navy Chief who has received five Good Conduct Medals for his time in service has apparently decided to forgo his sixth.

While watching a sand soccer game in Virginia Beach earlier this month, Chief Engineman Jordan Lee Grinnell, 38, allegedly jumped into the action and repeatedly punched a 14-year-old kid in the face after the kid and Grinnell's son got into a scuffle over the ball.

The kid who got knocked to the ground needed four stitches, according to the Virginian-Pilot, which featured a photo of the chief sitting on the steps in handcuffs wearing a plain turquoise shirt, perhaps since his 'World's Greatest Dad' shirt was in the wash.

Here's a dramatization of how it may have unfolded: