Mark Hoppus is the bassist for Blink-182. He's also a master military strategist who had some critical insights into the... 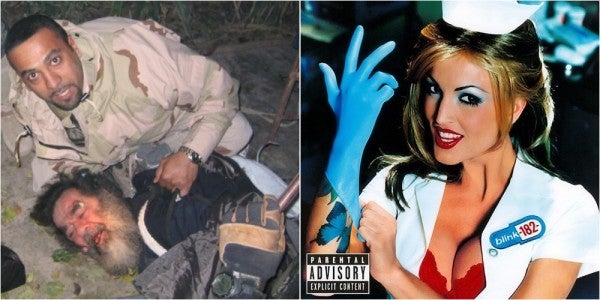 Mark Hoppus is the bassist for Blink-182. He's also a master military strategist who had some critical insights into the capture ousted Iraqi dictator Saddam Hussein — according to him at least.

Hoppus — whose resume includes the distinctly non-strategic hobbies of skateboarding, writing punk-pop ballads, and remaining a fixture of your childhood nostalgia — responded to a prompt on Twitter on June 26 asking for “the least plausible story about yourself that is true.” In Hoppus' case, this means potentially orchestrating the capture of a genocidal tyrant from a spider hole somewhere in Iraq.

Maybe this is true, but the Navy clearly didn't listen. The soldiers of the U.S. Army's 1st Brigade Combat Team, 4th Infantry Division, only found and detained Hussein just outside Tikrit during Operation Red Dawn after several failed raids at what intelligence had previously indicated were likely hiding spaces. No master plan, no secret scheme; just some intel and persistence.

Besides, there's only one musician who could possibly come up with a master plan to root out a high-value target — and his name is Connor 4 Real: