Critics from both sides of the aisle have a fair share of critiques of the Obama administration’s defense policy. Some... 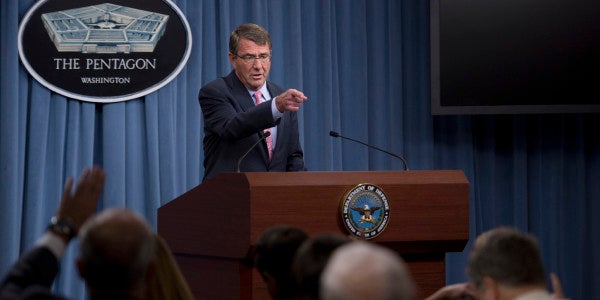 Critics from both sides of the aisle have a fair share of critiques of the Obama administration’s defense policy. Some liberals say it’s too aggressive. Many conservatives say it’s not aggressive enough. In the realm of military personnel policy, though, no one can claim that the administration hasn’t proposed some bold changes, definitely the biggest since the Goldwater–Nichols Reorganization Act of 1986, and perhaps the biggest since the end of World War II.

Most of these should be received as a breath of fresh air by military personnel. They address complaints I’ve heard literally hundreds of times over my 20 years in the military. For example, I’ve heard countless service members, from infantrymen to pilots to mechanics, tell me that they wished to stay in their occupational fields. Unfortunately, they had to take time away from building more expertise to spend three years at some career-mandated, “check-in-the-box” job in order to get promoted. That’s because not getting promoted meant getting kicked out of the service, no matter how good they were at their specialty.

Despite the upsides on a personal level, some criticism of Carter’s proposals has emerged, such as a piece by Carl J. Asszony in the Daily Record, which conflates a lot of unrelated issues. Asszony, for example, dismisses the proposed reforms, stating that neither the president nor the secretary of Defense have served in the military, as if that has any bearing on the ideas themselves, ignoring the fact that both have more than enough uniformed personnel weighing in on these plans.

Asszony further states, “…his [Carter’s] ideas seem better suited for recruiting in the business world rather than recruiting for the military.” Many of the proposed reforms are indeed drawn from the private sector. That’s because these ideas have been proven to work. If someone says they won’t work in the military, then he should make the case for why not, not just dismiss them because they come from CEOs and not generals.

Other criticisms revolve around shortcomings of the administration. One can debate Obama’s successes and failures until the cows come home, but again, they have no bearing on whether these specific proposals have merit. Asszony criticizes the administration’s handling of the national debt, entitlement spending, and Afghan pederasty, as if the Department of Defense can’t solve its personnel problems until all the problems of the world are solved first.

The actual issues behind these proposed reforms risk getting lost behind a partisan smokescreen of attacks on a controversial administration. The real question, the only question, is whether these reforms will actually work better than what we have in place now.

The military’s current personnel system is suboptimal at best, and falling further behind the times each day at worst. Successful organizations in the 21st century revise their organizational chart and personnel policies more than once every 30 years. “This is the way we’ve always done it” is never a good reason for anything.

As the way war is fought has changed, as well as the nation itself, the military has changed. Carter’s reforms are merely an extension of the continuing professionalization of the military that began after the Civil War. The all-volunteer force and Goldwater-Nichols are examples of this in modern times. The Information Age has brought with it the need for another adjustment.

The military is unique in many ways, but it still needs talent, more so today than ever before. It competes for that talent with society at large. If the military offers significantly worse incentives than the private sector, it’s not going to recruit the talent it needs. Some of those incentives are measured in pay and benefits, but others are in quality of life, such as being able to have more than one career path.

Those, such as Asszony, who oppose the cost of these reforms neglect the costs of the current system. He specifically calls out the costs of the people who will be missed under the proposed career sabbaticals and maternity leave programs. Those are fair criticisms, but they neglect to take into account that those who would take sabbaticals or maternity leave if offered often just leave the military, taking their years of experience with them, while the military is forced to replace them with more fresh “boots” out of entry-level training.

Asszony also mentions the need to bring in 250,000 fresh troops each year as a problem. Making the military life more appealing makes getting recruits easier, not harder. Additionally, many of these reforms will reduce, not increase, the need for new personnel. Retaining more existing personnel by allowing career breaks, reducing the number of required moves, allowing more technical career paths, improving personnel management, and ending the strict “up-or-out” system is going to be much easier than recruiting, training, and giving experience to that same number of fresh recruits each year.

While the details of Carter’s proposals are still to be fleshed out in detail, the broad brush strokes promise a fresh coat of paint that DoD desperately needs. If these reforms fail due to partisan politics or a desire to blindly cling to the old ways of doing things, the only winner of that battle will be America’s enemies.