After being killed fighting the Islamic State in Syria on Nov. 4, Canadian John Gallagher will be returned home. On... 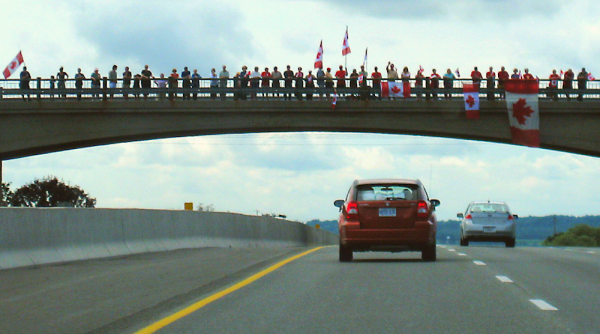 After being killed fighting the Islamic State in Syria on Nov. 4, Canadian John Gallagher will be returned home.

On Friday, his remains will be repatriated, and he will receive a hero’s tribute wherein his body will be driven down a 105-mile section of the Macdonald-Cartier Freeway called the Highway of Heroes.

Gallagher served three years in the Canadian military, but he left the service before Canada entered Afghanistan. Losing friends there inspired him to pledge his life to fight against the Islamic State terrorizing Iraq and Syria.

In an essay on Facebook, he wrote, “With some fortitude and guts, we can purge the sickness that’s poisoning our society, and come together to defeat this ultimate evil. I’ve been fighting this battle in one way or another for my entire life. I hope for success. The rest is in the hands of the gods.”