Odierno: We Could Have Prevented ISIS’ Rise To Power

Army Chief of Staff Gen. Ray Odierno spoke of his frustration at Iraq’s recent decline and the rise of the... 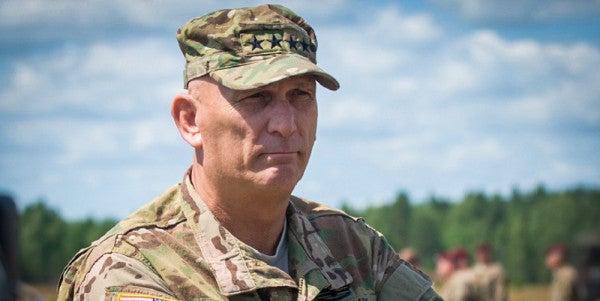 Army Chief of Staff Gen. Ray Odierno spoke of his frustration at Iraq’s recent decline and the rise of the Islamic State terror group in an exclusive interview with Fox News on July 21.

“It's frustrating to watch it,” said Odierno, who is preparing to retire after 39 years of military service. “I go back to the work we did in 2007, 2008, 2009, and 2010 and we got it to a place that was really good. Violence was low, the economy was growing, politics looked like it was heading in the right direction.”

Odierno said the loss of large swathes of territory in Iraq was not inevitable, but might have been stopped had the United States reduced the pace of the troop withdrawal in Iraq.

“If we had stayed a little more engaged, I think maybe it might have been prevented,” said Odierno. “I've always believed the United States played the role of honest broker between all the groups and when we pulled ourselves out, we lost that role.”