With the media saturated with stories about the 2016 presidential election, it's hard to believe it's still 16 months away... 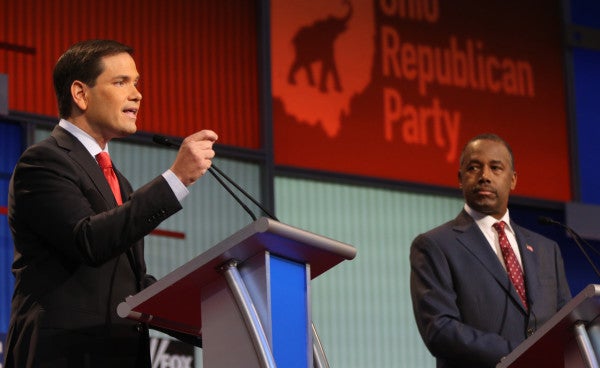 With the media saturated with stories about the 2016 presidential election, it's hard to believe it's still 16 months away until we choose the next leader of this free nation. Candidates are scrambling to assemble their teams, create their messaging, and build their platforms — all out of key issues that are close to the hearts of the American people. So far, there have been myriad issues raised — from women's rights, to Iran, to the economy. Veterans and their families, however; the backbone, strength and protection of this nation, have taken a back burner in the national discussion.

There are no shortage of issues to be discussed — there are 22 veterans a day who commit suicide, homeless veterans without food or shelter, a Department of Veterans affairs that needs to become more accountable and effective, fraught wars in Iraq and Afghanistan, and numerous veterans seeking employment after courageously serving.

After 14 years of war, nearly 7,000 service members have given their lives, and 2.8 million veterans who have returned and are continuing to return home from multiple deployments. But on the presidential campaign trail, there is little to no conversation pertaining to veterans, the wars they fought and are continuing to fight, or our country fulfilling our sacred obligation to care for those who have borne the battle, as well as their families, their widows and orphans.

Indeed, in the first presidential debate on Aug. 6, the candidates were not asked about veterans until the very end, when I and another woman implored Fox News host Megyn Kelly to make it a question. Afterward, she worked it into a question directed at one candidate, Florida Sen. Marco Rubio.

Last month, former Florida Gov. Jeb Bush unveiled his VA reform plan on how he would ensure the VA is more efficient and effective under his leadership. Texas Sen. Ted Cruz and Rubio are participating in veteran town halls in key primary states — but many of the other candidates don't even have veterans platforms listed on their campaign pages.

Among the Democratic candidates, Vermont Sen. Bernie Sanders and former Rhode Island Gov. Lincoln Chafee do not list veterans platforms among their campaign priorities. Former Virginia Sen. Jim Webb does not list veterans issues on his campaign page, but does feature a grassroots movement around service members and veterans called “Warriors for Webb.”

Former Secretary of State Hillary Clinton and former Maryland Gov. Martin O’Malley do not have issues pages listed on their campaign websites.

How are we, the military community, able to trust a candidate will care for our needs or have us on the forefront of their minds if they are not talking about us on the campaign trail?

There truly is no other group more apt to get involved in a campaign to choose the candidate who is most qualified to be commander-in-chief than those who were willing to write a blank check for service to their country. There is no group with a more proven track record of putting their feet to the ground and responding with action rather than just words than those who have fought, bled, and watched their brothers and sisters die on the battlefield — all in the name of freedom. The military community is not looking for a handout, but rather a way to continue to serve and engage in the nation, and continue to give back. Veterans deserve to see a candidate who will protect their and their families’ interests, protect their benefits, and protect the constitution they swore an oath to defend.

As this campaign season is still in its infancy, I urge every American to use your voice to make sure that those who are running for America's highest office do not forget those who have fought, bled, and died to ensure they have that right to run. Let's not forget, it is our sacred obligation and privilege to care for these heroes to the best of our ability, to give them our finest resources and all our nation has to offer, in a time when war is winding down. We must continue to bandage their battle scars by empowering them, providing job opportunities, and advocating on their behalf by holding our government accountable to our warfighters.

The truth is, the campaign that latches onto this key issue will have the advantage. If they can learn to engage a group of people who are more invested in the country than many of their peers, and they can get their own army of veterans on their side, nothing can stop them. If the candidates stop neglecting this group, and stop alienating veterans and abetting the civilian military divide by refusing to talk about the wars we as a country deemed worthy of them to fight, we will have one of the most powerful forces known to man engaged in making America the greatest country we have ever seen. Caring for, engaging, and protecting vets is what the American people want, and it's the right thing to do. After all, as Calvin Coolidge once said, “A nation which forgets its defenders will be itself forgotten.”