A number of veterans claim that they did not give presidential candidate Donald Trump permission to use their names as... 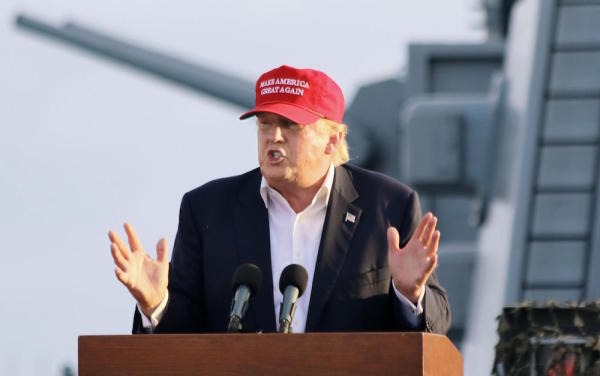 A number of veterans claim that they did not give presidential candidate Donald Trump permission to use their names as part of his “Veterans for Trump” coalition, according to The Guardian.

Following Trump’s comments about former prisoner of war Sen. John McCain, a Republican from Arizona, a group of veterans purportedly pledged their support to Trump.

The New Hampshire group was formed when Trump commented that McCain, who spent more than five years as a tortured prisoner of war in Vietnam, was not a war hero.

The New York Times reported that Trump said, “He’s not a war hero. He’s a war hero because he was captured. I like people who weren’t captured,” in Iowa on July 18.

However, when The Guardian reached out to the 51-member organization, three said they had never even heard of Veterans For Trump before.

“I haven’t told anyone I want to get in on that. I’m not going to do any campaigning,” said Ernie Fusi, a World War II veteran who denies signing on.

Veteran Donald Richards and his wife Connie also deny having any connection to the group.

Trump’s campaign, however, is not backing down. One campaign spokeswoman claimed to have written confirmation of support from the New Hampshire veterans.

As of now, Trump’s website still lists Fusi and Donald and Connie Richards as members of the coalition.