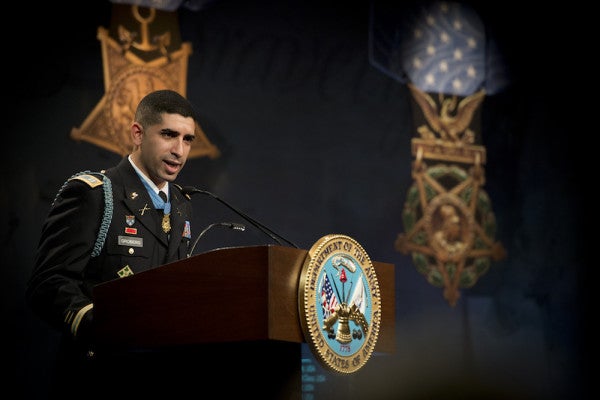 Divided into 19 categories, the list ranges from spouses and survivors, to fundraising organizations, to government officials. Among those on the list are people such as Medal of Honor recipient Florent Groberg, former presidential candidate Jim Webb, and actor Adam Driver — all of whom have made significant contributions to the veterans community.

Task & Purpose’s own editor-in-chief Brian Adam Jones was also included on the list as student veteran of the year.

Related: UNSUNG HEROES: The Medal of Honor recipient who tackled a suicide bomber to save his men »

“We are excited to start realizing our vision of having an annual event where we bring America’s most influential veterans into the same space. We hope to increase collaboration across business, the arts, politics, and non-profits,” said Justin Brown, HillVets fo-founder and executive director.

In Fall 2015, HillVets made a call for nominations of people who make it their mission to give back to the veterans community. The 100 influencers who were chosen will be honored on March 22 in Washington, D.C., and Defense Secretary Chuck Hagel — who also served in Vietnam — will preside as the chair of the event.

According to the site, “Though different in their pursuits and contributions, the commonalities we found in the men and women listed as the HillVets 100 were their mission and purpose of giving back to those that have sacrificed so much for our nation.”