Young troops are taking their own lives at double the rate of their civilian peers. Why?

We need to do more to protect these young, idealistic Americans from despair, or their deaths will be our shame. 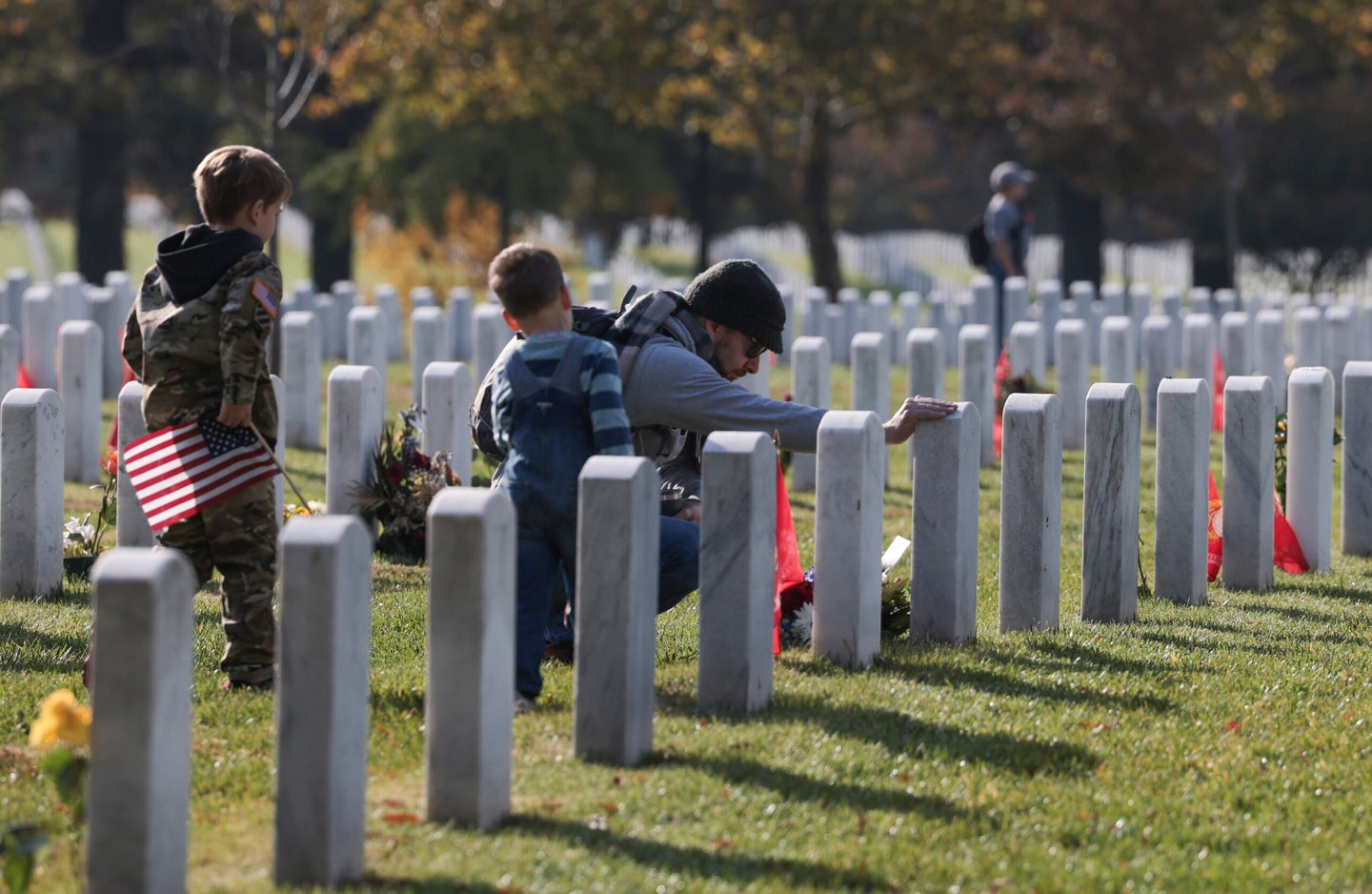 U.S. Army Spc. Hunter Stafford was 21 when he was found dead last month in Fairbanks, Alaska. His death is one of 16 suspected suicides this year among personnel stationed in Alaska, a spike that has aroused alarm at the highest levels of the Pentagon. A 2019 investigation and report sparked reforms to improve mental health and quality of life on post — but clearly, they aren’t enough.

It’s tempting to blame the long dark winter in the interior of Alaska, plus the isolation imposed by Covid-19 restrictions this year, for these deaths. But servicemembers across the military die by suicide in disproportionate numbers for their age. The death by suicide rate for young service members in 2020 was well over double the rate for civilians the same age, according to Department of Defense reports and data recently released by the Centers for Disease Control and Prevention, and higher than all age demographics in the civilian population. Female and Black service members are also more likely to take their lives than their civilian counterparts.

The sad secret is that death by suicide in the military has little to do with warfare, and Stafford and many others in the recent spike had never been deployed. One service member in Alaska earlier this year noted that the Army was “continuing a stigma” around suicide by not being open about deaths there, and a 2019 report from the DoD conducted on Fort Wainwright found that soldiers cited isolation, stigma, and limited resources as some of the contributing factors in death by suicide. The issue is so serious that Secretary of Defense Lloyd Austin made note of and decried the problem during a recent visit to bases in the state.

The institution’s indifference and the fear it inspires is an unquantifiable stress. When I was an infantry officer and attempted to voluntarily access mental health care upon my return home from Iraq, I faced negative consequences on my career. I was told by my superiors that I wasn’t fit to stand in front of soldiers because of it, even though there had never been a negative mark on my service record. The chilling thought that came into my head as I heard those words: how many soldiers who had sought treatment before me had been targeted? How many more would come after?

It is deeply demoralizing to know that your leaders, despite speaking about honor, integrity, and “choosing the hard right” are not looking out for your best interests, but instead their own. In the Texas National Guard, there have been four suicides in the past two months among units on the “Operation Lone Star” border mission. Three of the four were under 35. Retired Command Sgt. Maj. Jason Featherston, who retired as the state’s senior enlisted adviser just last month, thinks that lack of care and indifference by the state’s leaders have led to these tragedies. Based on other suicides in the military, the problem may be systemic.

“The leadership has lost focus on what matters most, and that’s the soldier,” Featherston told Army Times. “Their inability to focus on the individual soldiers’ needs has cost several lives, and until they [focus], more tragedies will continue to happen.”

One victim of this indifference is Spc. Kaylie Harris, a 21-year-old soldier in Alaska who died by suicide soon after being allegedly sexually assaulted by a fellow soldier. After reporting her assault, Harris’ unit still had her alleged attacker living in the same building. Just a week after encountering him again, Harris took her own life, failed by a system that did not take steps to properly ensure that her health and welfare were taken seriously.

The U.S. military fails to hold accountable attackers even when the claims against them are well-substantiated. It does not prioritize sexual harassment programs. In fact, it often dismisses service members with less-than-honorable discharges after they report an assault. More than half of women and 35% of men in the military are affected by military sexual trauma and 71% of female veterans seek PTSD treatment because of military sexual trauma suffered while in the services. Women on active duty have a suicide rate that is twice the national average, and women veterans have a suicide rate that is 2.5 times higher than their non-veteran peers. Most of them are young.

Members of minority groups in the military are at especially high risk for suicide and suicide attempts, as noted in a study released last year by the Rand Corporation. Spc. Milik Craig, 20, was a Black infantryman found dead in his barracks room last year at Joint Base Elmendorf–Richardson, Alaska. In 2020, Black servicemembers had a suicide rate that was three times higher than that of Black Americans who have not served. A recent DoD survey found that nearly a third of Black servicemembers reported experiencing racial discrimination, harassment or both during a 12 month period, and decades of DoD efforts to stamp out bias and extremism in the ranks have been ineffective. Data from the VA in 2020 revealed that Blacks are twice as likely to face court-martial than Whites. Rand’s report noted that these forms of discrimination increase the risk of suicide attempts and deaths.

Any solutions to the mental health crisis currently taking place among the most vulnerable members of the military must understand these intervening factors and how they can be changed. The 2022 National Defense Authorization Act, which details the budget of the Department of Defense, moved sexual offenses and other capital crimes outside the hands of commanders and to military lawyers called special trial counsels. Yet it still falls massively short of the full reform needed. It still does not provide prosecutorial independence for other crimes. Furthermore, senior commanders are still the convening authorities for all court-martials, including ones dealing with sexual offenses. They will have the power to hand-select members of the court-martial panel, grant witness immunity and defense expert requests, and can even grant resignations in lieu of court-martial proceedings. The fundamental issues of discrimination that face service members of color will still be present under this system and must be fixed.

The stigma around mental health treatment must also be directly dealt with. The Brandon Act, in the 2022 NDAA, named after Navy sailor Brandon Caserta, who died by suicide in 2018 after being tormented by supervisors and fearing repercussions for mental health treatment, would allow for service members to request anonymous mental health treatment outside of the chain of command by stating they have a Brandon Act concern. This is an excellent step forward that brings mental health reporting in line with how service members currently make reports about sexual harassment or assault. Like sexual assault complaints however, the strength of this system is still reliant on a servicemember’s leadership. The chain of command is still involved in the process, and if a servicemember requires a profile (which restricts certain types of duty based on physical or mental ailments), that profile will have to be given to a unit’s leadership. If they have a stigmatized view of mental health treatment, the servicemember will still suffer.

Changing the culture around mental health starts at the top. One way to make a change could be to rate leaders on the performance of their mental health programs in their units, looking at suicide data, servicemember feedback, and other factors. The results should be made public, and if a unit fails, its senior leaders should be held accountable. The military already has a version of these types of systems in place in the form of command climate surveys.

Young idealistic Americans are dying. We need to do more to protect them from despair or their deaths will be our shame.

Daniel Johnson is a former infantry officer and journalist who served with the United States Army in Iraq and is currently a Roy H. Park fellow at the Hussman School of Journalism and Media at UNC–Chapel Hill. He is the author of #Inherent Resolve, a book on his unit’s experience in the war against ISIS.