Once A Promising UFC Fighter, This Air Force Vet Can’t Stop Getting Arrested

Things don't look like they can get much worse for Daniel Barrera, the Air Force veteran who made a career... 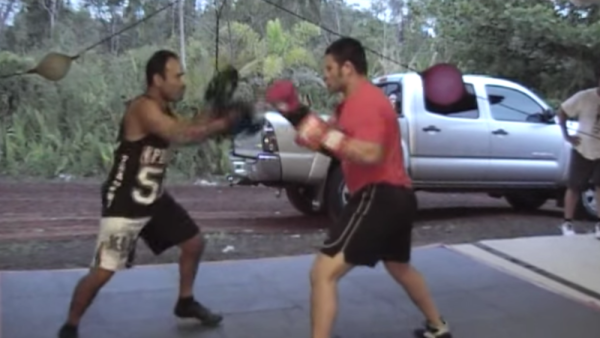 Things don't look like they can get much worse for Daniel Barrera, the Air Force veteran who made a career as a cantankerous scrapper on the sixth season of “The Ultimate Fighter.”

After being arrested for a misdemeanor assault of a high school wrestler last week, he was charged with making “terroristic threats” against a fellow UFC alum and imprisoned for the third time in a week.

The police report indicates that Barrera walked into wrestling practice at Pahoa High School in Hawaii, came up behind a girl as she was in a wrestler’s position on hands and knees, and struck her three times on the back with an open palm, according to The Hawaii Tribune-Herald.

After being released on bail twice in the previous week, Barrera made a “terroristic threat” against Hilo District Judge Harry Freitas; former UFC welterweight and lightweight champion BJ Penn; Penn’s older brother, JD Penn; and police officers whom Barrera claimed beat him up.

On Feb. 5, Barrera was also removed from court after making a scene, screaming and yelling at all those present.

Barrera served for six years as a firefighter in the Air Force. It was during his time in that he began boxing. A wrestler in high school, he became one of the military’s best boxers with a 13-3 record that included a close loss to Olympic Gold Medalist Andre Ward. He fell in love with MMA and found fame shortly after separating.