For 25 years, this Marine kept a dark secret that involved a famous Disney cartoon

"I could have been appointed as the aide-de-camp in the White House, it wouldn't make any difference — it's Bambi that's so dear to people." 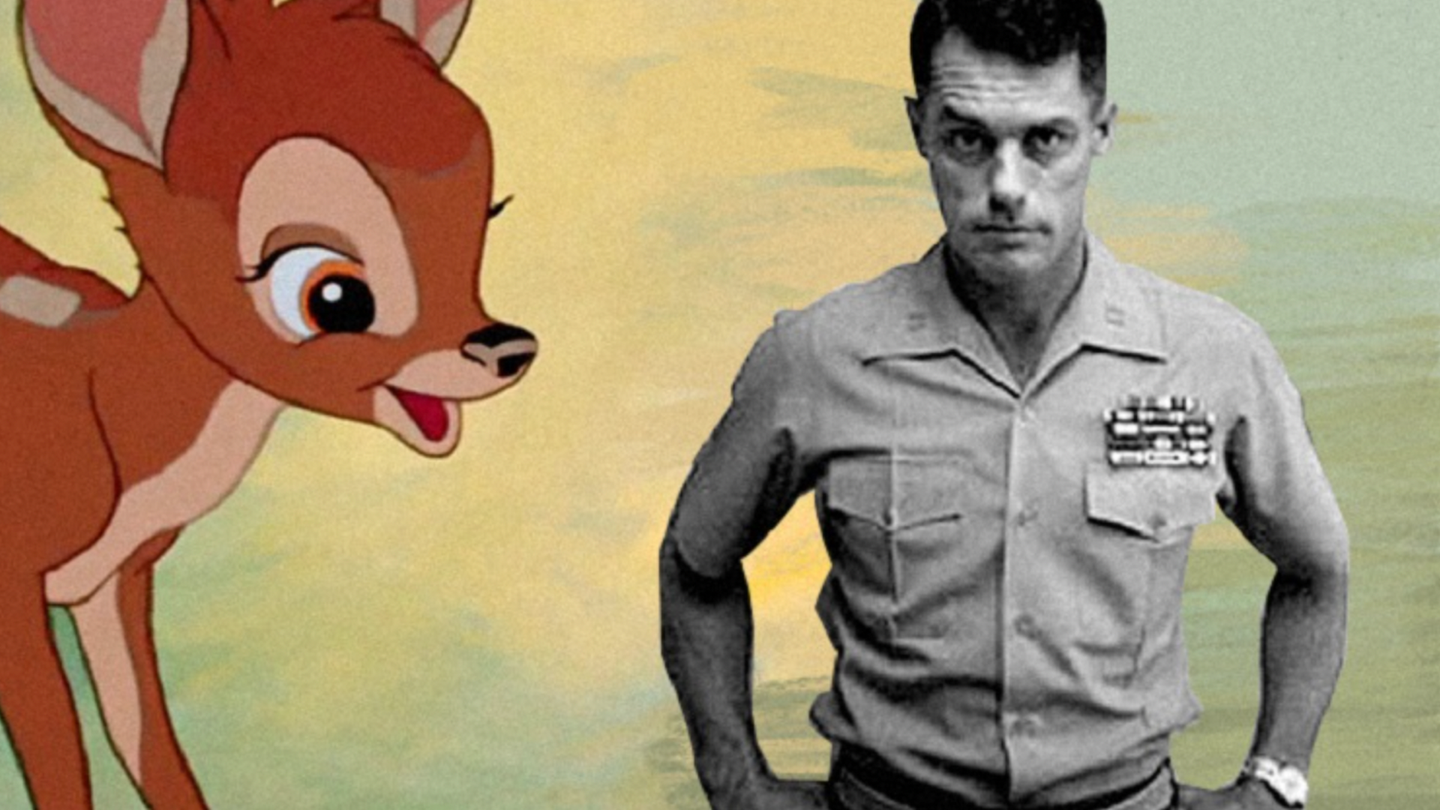 For 25 years, Donnie Dunagan was a Marine’s Marine. A highly decorated combat veteran who served in Vietnam, Dunagan was promoted 13 times in 21 years and rose from the enlisted ranks before being commissioned as an officer and retiring as a major. He even served as a drill instructor, transforming soft and sappy recruits into hard and mean Marines.

But there’s something that his fellow Marines and the recruits he trained never knew. Underneath Dunagan’s rough exterior was Bambi. Yes, Bambi.

Long before he joined the Marines, he was a child actor and his starring role was as the voice of Disney’s famous fawn in “Bambi,” Dunagan explained in a 2015 interview with StoryCorps.

Dunagan’s brief stint as a child actor began when he was 3 years old when he was taught to tap dance by a neighbor and won $100 in a talent contest. From there, he caught the attention of a talent scout and he and his family moved from Memphis, Tennessee, to California. Dunagan went on to act in “Mother Carey’s Chickens,” and the “Son of Frankenstein,” before being cast as the voice of Bambi in Disney’s 1942 classic animation.

However, Dunagan’s time as an actor ended with the cartoon deer. For years, he kept it a closely guarded secret, especially when he received a draft notice in 1952. With the Korean War underway, Dunagan wanted to do his duty and so he enlisted in the Marines at 18, at which point he began to rise quickly through the ranks.

By the time Dunagan was a drill instructor, he had served three tours in Vietnam and was the recipient of three Purple Hearts and a Bronze Star. With a hard-earned reputation, the last thing he wanted was for his recruits, or fellow Marines, to start calling him Major Bambi, so he continued to keep it quiet.

It’s tough to imagine anyone having the guts to mock this guy, though.

“Most of the image in people’s minds of Bambi was a little frail deer, not doing very well, sliding around on the ice on his belly,” Dunagan told StoryCorps.

Though the story got out eventually, his commanding officer once used it as leverage to get Dunagan to take on a project nobody else wanted. Nowadays, he isn’t embarrassed, and actually kind of likes it.

“But I love it now — when people realize, ‘This old jerk, he’s still alive and was Bambi,’” Dunagan told StoryCorps. “And I wouldn’t take anything for it, not a darn thing for it.”

After all, how many people get to say they inspired a generation as a cute cartoon deer, and then went on to kick ass across the globe as a barbed-wire-eating, napalm-pissing Marine?

“I have some holes in my body that God didn’t put there,” Dunagan continued. “I got shot through my left knee. Got an award or two for saving lives over time. But I think I could have been appointed as the aide-de-camp in the White House, it wouldn’t make any difference — it’s Bambi that’s so dear to people.”