The airman was confined for 40 days, docked pay and demoted three ranks. 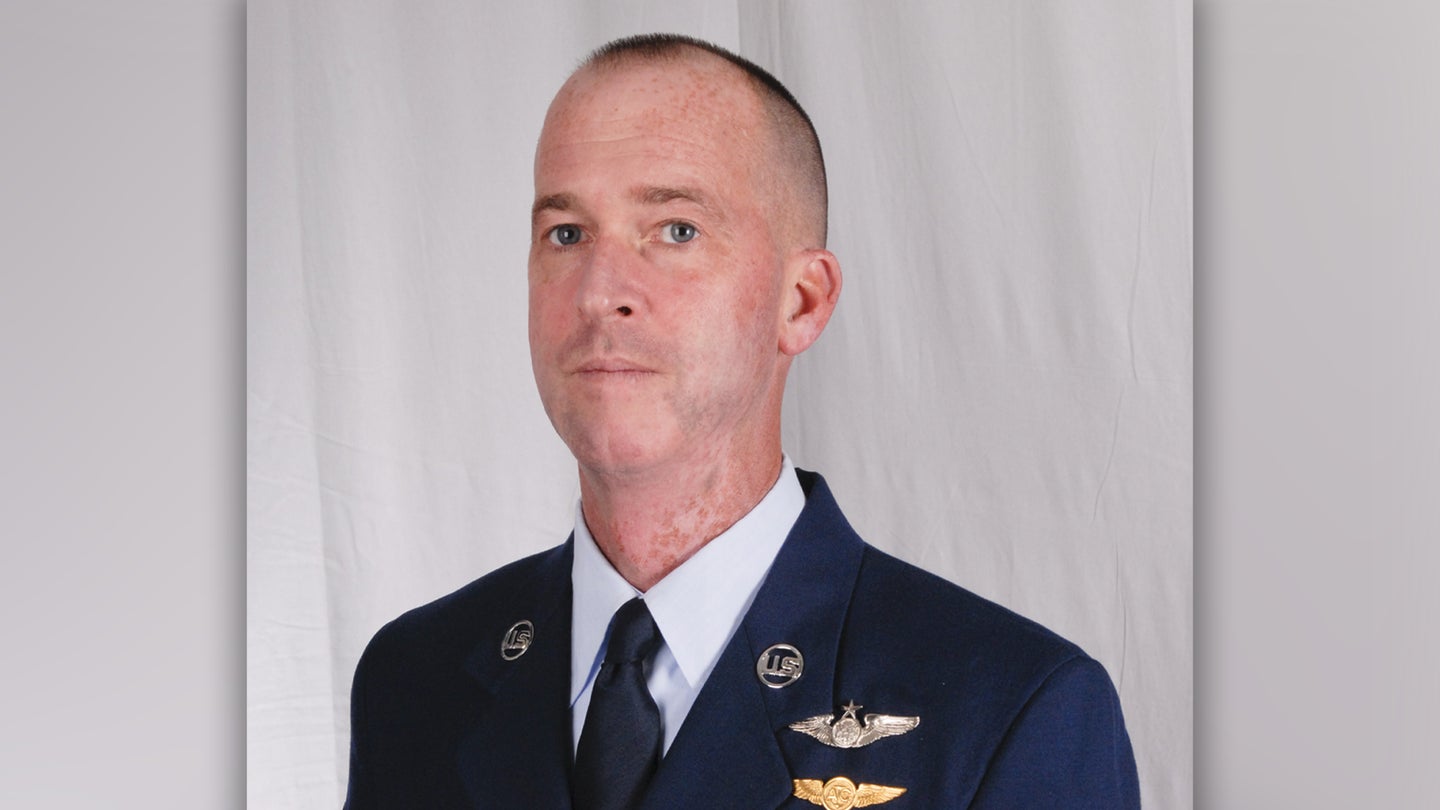 An airman with the highest enlisted rank in the Air Force and a decorated service record pleaded guilty last month to dereliction of duty and failure to obey an order or regulation. Chief Master Sgt. Jamie Kohr was found guilty during a special court-martial at a deployed location in the Middle East or Southwest Asia, according to the Air Force Judge Advocate General’s legal docket.

The trial was completed Feb. 15, and a screenshot of the trial results was posted to the popular Facebook page Air Force amn/nco/snco on Tuesday. Kohr was sentenced to 40 days confinement, forfeiture of $2,900 in pay for one month, a three-rank demotion to technical sergeant, and a reprimand. Kohr’s charge sheet accused him of 11 violations of Article 92 of the Uniform Code of Military Justice: failure to obey an order or regulation. The alleged violations, which took place between July 1 and Dec. 17, 2021 in the Middle East or Southwest Asia, are summarized below:

Of the 11 violations, the two involving sexual harassment and one of the instances of pursuing an unprofessional relationship were withdrawn and dismissed at trial, according to Master Sgt. Arthur Wright, superintendent for public affairs at the 386th Air Expeditionary Wing, where Kohr was assigned at the time of the court-martial.

Ever since 1990, when U.S. troops arrived in the Middle East en masse for Operations Desert Shield and Desert Storm, alcohol and pornography have been forbidden for troops in the Central Command area of responsibility, due to local laws in countries where U.S. troops are deployed or stationed.

“Adhering to restrictions upon such activities is essential to preserve United States and host-nation relations,” wrote Central Command in a 2013 memo. “In addition, the high operational tempo combined with often-hazardous duty … makes it prudent to restrict certain activities in order to maintain good order and discipline[.]”

According to the Air Force, the court-martial took place at a deployed location under the 386th Air Expeditionary Wing, which is located at Ali Al Salem Air Base in Kuwait.

The court ruling is an ignominious turn for Kohr, who has several positive headlines associated with his Air Force career. In 2013, then-Master Sgt. Kohr was named senior non-commissioned officer of the 2012 fiscal year by the Delaware Air National Guard. According to the DANG Truth, the Delaware Air Guard’s newsletter, Kohr was a flight engineer instructor, “hand-picked and certified by squadron leadership to become one of seven such instructors.”

“[Master Sgt.] Kohr’s actions were not only selfless and courageous but consistent with the core values of the United States Air Force and an exemplary reflection on our nation’s military,” said Paul Nunziato, president of the Port Authority Police Benevolent Association, in a statement at the time, according to NJ.com.

Kohr’s conviction occurred just a few weeks before a military sexual trauma survivor blasted the Air Force on social media after the service secretary, Frank Kendall, revealed that the senior enlisted airman convicted of abusing her would be allowed to retire.

“You just showed every predator in the DoD that it is honorable to sexually harass and assault airmen,” wrote Tech Sgt. Cambria Ferguson in a Facebook post. The news came about 19 months after former Senior Master Sgt. Jeremy Zier was convicted of abusive sexual contact and dereliction of duty in August 2020 after an incident at Incirlik Air Base, Turkey in 2015, when Ferguson was an airman first class. By being allowed to retire, Zier would retain a retirement pension despite having assaulted an airman under his charge.

“If the Secretary really condemned such crimes he would have denied this convict his military pension,” retired Lt. Col Rachel VanLandingham, a former Air Force judge advocate and law professor at Southwestern Law School, said at the time. “A strong deterrent message is needed and this decision sure didn’t send one.”

In the letter, Kendall and Ortiz Jones said the Air Force seeks to study its Sexual Assault Prevention and Response workforce to see how it can be improved; grow the number of special agents in the Office of Special Investigations who are trained to look into allegations of interpersonal violence; and connect those agents with specialized prosecutors.

Those changes may help with the Air Force’s sexual harassment problems, but recent changes made by Congress to the military justice system may be even more helpful, according to a former chief prosecutor of the Air Force. The 2022 defense funding bill marks a significant break from decades of military justice practice by removing commanders from the decision to prosecute suspected offenders and putting it in the hands of independent military prosecutors.

Despite his controversial role in the Zier case, Kendall took a strong stance against senior enlisted leaders who violate their trust with subordinate airmen.

“As a senior non-commissioned officer, Sergeant Zier had a special responsibility and duty to protect and look after the airmen under his authority,” Kendall said earlier this month. “While serving as a master sergeant, Sergeant Zier’s misconduct against a fellow airman violated that trust and his duty as an Air Force leader. Such conduct is unacceptable, does not meet Air Force standards, and won’t be tolerated.”