The trailer for ‘Star Wars: Squadrons’ just dropped and I can’t wait to hop into a Tie Fighter and destroy Rebel scum

The new trailer for Star Wars: Squadrons is here, and it is freaking glorious. 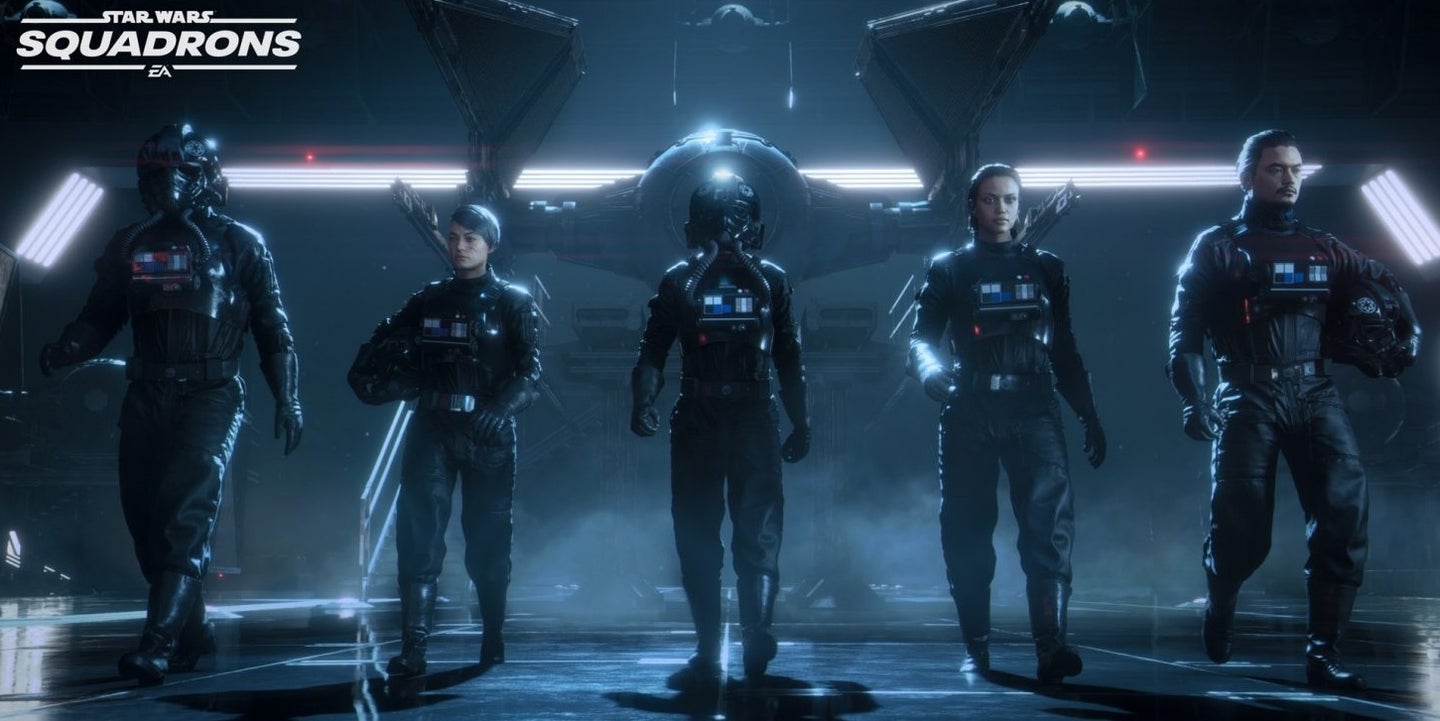 The new trailer for Star Wars: Squadrons is here, and it is f'ing glorious:

I for one can't freaking wait to jump into the cockpit of a Tie Fighter and “seize that moment, when the perfect shot makes history,” as a pair of narrators, one with the Rebellion, the other with the Empire, say in the promo as X-wings and Tie Fighters duke it out in space.

The new 5 vs 5 multiplayer space simulator from EA Games is set for a Fall release on PC and consoles, according to Venture Beat.

Based on the trailer, which begins with a gripping dogfight in an asteroid belt, Squadrons feels like the spiritual successor to the old line of Star Wars: X-Wing vs. TIE Fighter PC games that came out in the 1990s, albeit with much better graphics.

Details are limited at this time, but a few things seem clear: You'll get to play as either the Empire or the Rebellion; and you'll have your pick of a range of ships, including different Tie variants like bombers and interceptors, as well as X-Wings, Y-Wings, and a whole alphabet's worth of other “Wings.”

While the game will put players into 5-person squadrons, there'll be plenty of chances for large-scale space battles, according to an overview on EA's website — at least I hope so. Hopping into a star fighter will end of up being a lot less fun if I can't zip through the skies or the vacuum of space shooting down scores of enemy escorts, before dive-bombing their flagship.

No word yet on whether we'll be able to blast Womp Rats in a T16, though.

RELATED: A supercut of X-Wings flying into the ‘danger zone’ is the Star Wars tribute we didn't know we needed