It’s worth it and you’re welcome. 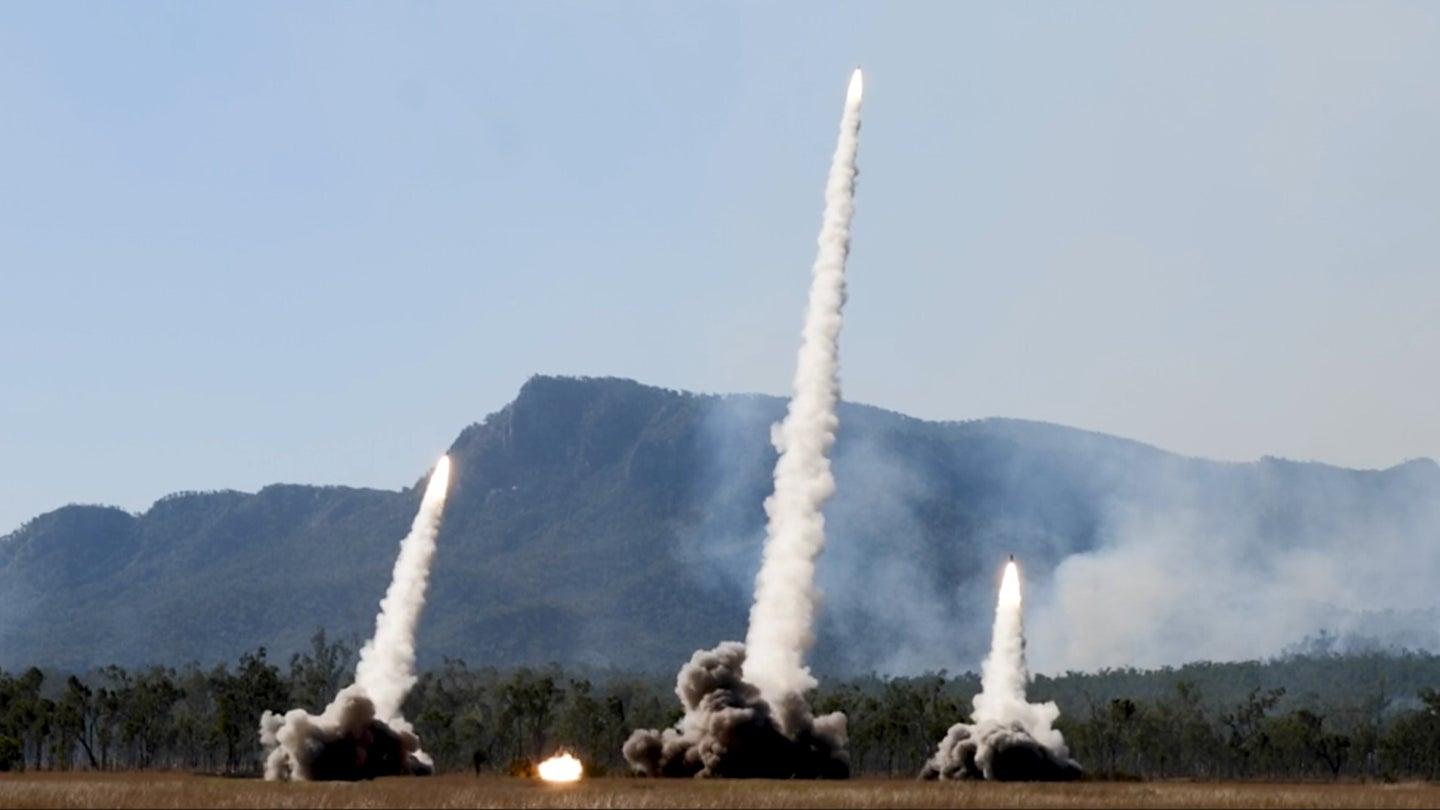 A volley of rockets fired from a column of HIMARS is a thing of horrifying majesty. (U.S. Marine Corps).
SHARE

If there ever was a theme song for gratuitous explosions, it might just be composer Pyotr Ilyich Tchaikovsky’s 1812 Overture, specifically the several-minute long finale which is a who’s who and what’s what of percussion, horns, and basically every loud thing an orchestra can throw at the audience all at once. The only way it could more definitively secure its position as the ballad for blowing shit up would be if it incorporated actual cannons, which, as it turns out isn’t that hard to find, or if a major movie had used it to set the stage for montage of detonations, as happened in 2005’s dystopian vigilante flick, V for Vendetta.

Now, there’s another explosive video befitting the song, which is why we went ahead and slapped it on this recent clip of U.S. troops firing off a bunch of rockets that was captured at 180 frames per second. You’ll need to disable ad-blocking to view the video, and you should definitely turn the sound on:

The video, filmed by Marine Staff Sgt. Laiqa Hitt, was uploaded to the Defense Department’s video and imagery database on July 18 and shows U.S. Marines with 3rd Battalion, 12 Marine Regiment, 3rd Marine Division, and U.S Army soldiers with Alpha Battery, 1st Battalion, 94th Field Artillery Regiment, 12th Field Artillery Brigade, during a training exercise at Shoalwater Bay Training Area in Queensland, Australia. The soldiers and Marines were launching the munitions from High Mobility Artillery Rocket Systems, or HIMARS, as part of a training exercise called Talisman Sabre 21. The HIMARS has been in use by the Defense Department since 2005, and was first fielded by Marines in 2008 during Operations Iraqi Freedom and Enduring Freedom, according to a May 21 Marine Corps press release.

The HIMARS at Talisman Sabre was just one part of the biennial exercise involving U.S. and Australian forces, who were busy preparing for potential threats in the Indo-Pacific region — a carefully worded way of saying: China.

This exercise, and the need to fire off a ton of long-range rockets from a mobile platform that looks like an up-armored turtle capable of wiping a target off the face of the earth from miles away, is all about combating what the Pentagon likes to refer to as “near peer” adversaries. It’s a vague term, but depending on what part of the world you’re in, you can figure out who they’re talking about. For example, if you hear it in reference to a massive military exercise in Europe between the U.S. and Germany, they’re probably thinking about Russia. If it’s in the Pacific, then there’s a good bet that China is on their mind.

Here’s another video, also filmed by Hitt and uploaded online on July 19, which shows a close-up of a single HIMARS firing off a Guided Multiple Launch Rocket System (GMLRS).

Designed by Lockheed Martin, the GLMRS is a guided munition with multiple variants and an average range of 70 kilometers or 43.5 miles. However their extended range version more than doubles that distance and can reach out and slap targets 150 kilometers, or 93 miles, away.

Though there’s a very good chance that at that distance, nobody will be able to hear the 1812 Overture, so that’s a shame.