The Navy wants to weaponize your own voice against you

The Navy may have a new non-lethal weapon to play with sooner rather than later. 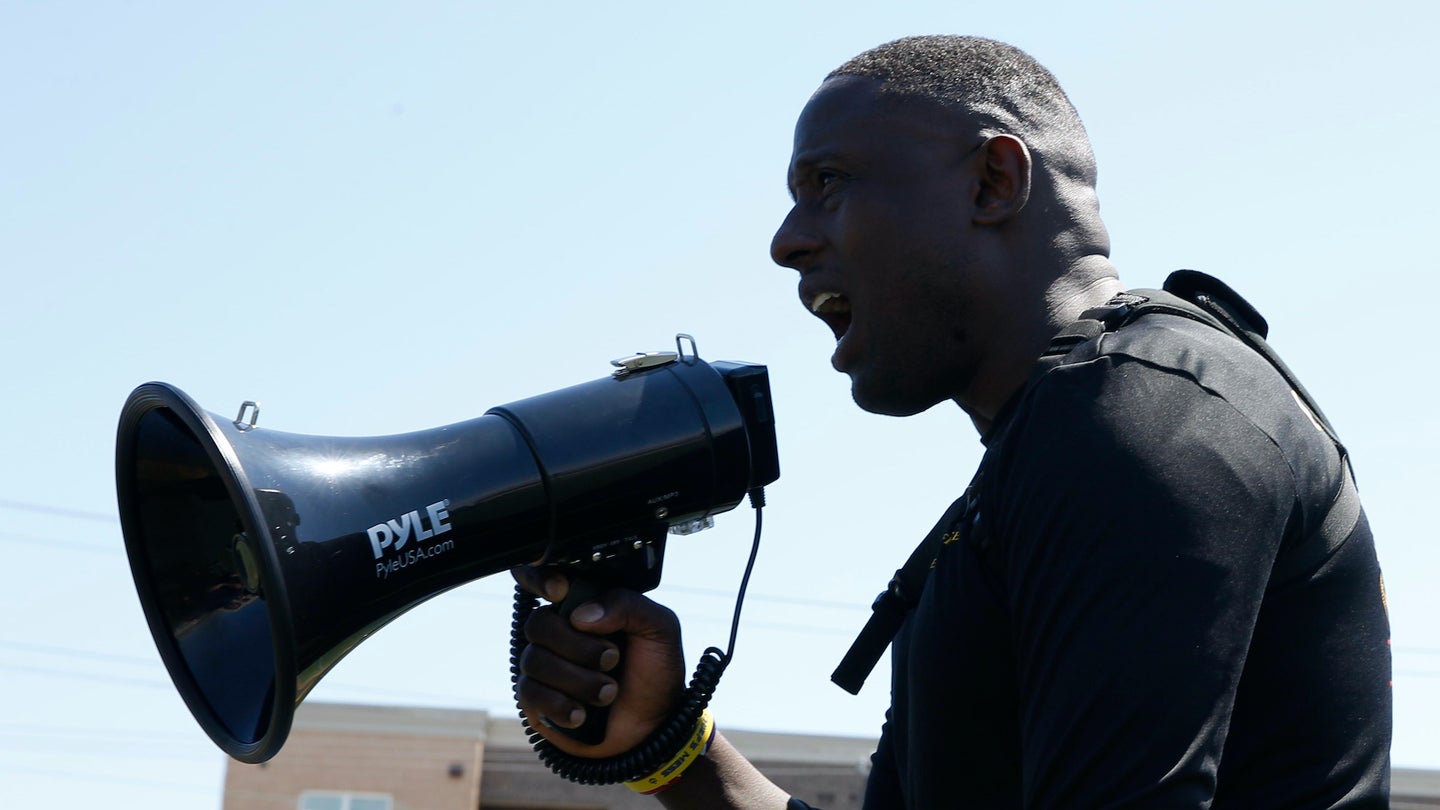 A Navy engineer has developed a new non-lethal device designed to render targets incapable of speech by turning their own voice against them, according to a new patent application.

Invented by Christopher A Brown of the Naval Surface Warfare Center – Crane Division near Bloomington, Indiana, and patented in late June, the so-called ‘acoustic hailing and disruption’ (AHAD) system is elegant in its simplicity. The device records incoming voices, amplifies them, and plays them back in two distinct sounds, one “nearly simultaneously” with the original speech and one on an ever-so-slight delay.

The result is what’s called delayed auditory feedback, which refers to the delay between speech and hearing one’s own voice. Normally, the human body is used to the phenomenon, but when deployed at the right interval by the device, the delayed auditory feedback “alters the speaker’s normal perception of their own voice” and confuses the speaker — not unlike, say, the disorienting experience of trying to talk over on the phone while someone else talks over you.

“Due to the delayed auditory feedback effect, the target speaker’s concentration will be disrupted, making it difficult for them to continue speaking,” according to the patent application.

The patent illustrations that accompany the description of Brown’s invention are relatively straightforward, showing a device comprised of a parabolic dish, a microphone, and an ultrasonic speaker.

Acoustic hailing devices (AHD) have been used on ships, at checkpoints, and mounted atop vehicles for more than a decade to provide non-lethal capabilities to sailors, mostly to warn individuals if they are approaching restricted areas or coming too close to vessels.

‘”It is an audible cue to let people know not to come any further – targeting someone with a warning tone and speaking through this device,” Navy Lt. Cmdr. Lance Lantier said of one such device in 2009. “Non-lethal weapons provide warfighters escalation-of-force options. It’s a matter of how we can first try to alter someone’s behavior without using lethal force.”

In 2013, the Navy awarded a $12.2 million contract to LRAD Corporation (now Genasys Inc.) to develop and deliver small, medium and large long-range acoustic devices (LRAD) and AHDS to the service to “support large and small deck naval surface ships, submarines, security boats, and shore security operations in anti-terrorism/force protection missions,” as LRAD CEO Tom Brown put it at the time.

The LRAD in particular has garnered mainstream news coverage in recent years for its use by local law enforcement as a non-lethal means of crowd control, as Popular Mechanics reported.

While normal AHD and LRAD systems rely on inputs from operators in order to be effective, the AHAD system is just the opposite: it functions purely by turning a target’s own voice against them and effectively confounding them into silence.

When this new non-lethal system might see action is an open question considering that Brown’s patent for the AHAD was just approved in late June. But who knows: perhaps the AHAD might become a better way to deal with pesky Greenpeace activists at sea than, uh, other measures.