"He will provide a great benefit to the Army while playing in the NFL," a West Point spokesman said. 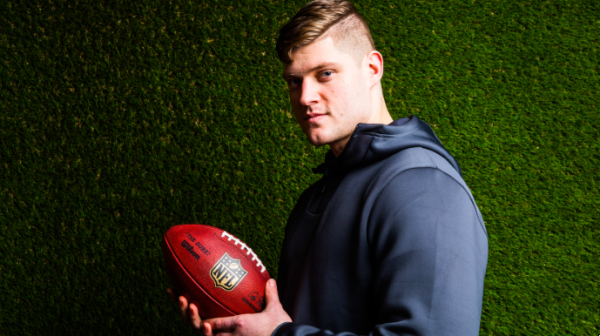 A West Point graduate received a waiver from the U.S. Army to sign with the Philadelphia Eagles on Friday, and play in the NFL while serving as an active-duty soldier.

The waiver for 2nd Lt. Brett Toth was first reported by ESPN's Adam Schefter, who said that Toth signed a three-year deal with the Eagles. Toth graduated from the U.S. Military Academy in 2018.

“As an Army officer, 2nd Lt. Toth is part of the team that defends our nation,” Army spokeswoman Cynthia O. Smith said in a statement. “The Army is very excited that he will now have the opportunity to simultaneously pursue his dream as part of the Eagles team while continuing to serve as an active-duty soldier.”

Toth played four seasons at West Point with a total of 31 games, the academy said in a press release, calling him a “key contributor on the offensive line” in his last two seasons. Toth was also invited to both the Senior Bowl and the East-West Shrine Game after his senior year.

“He is an extraordinary leader of character with professional athletic ability,” West Point spokesman Lt. Col. Chris Ophardt said in the press release. “He will provide a great benefit to the Army while playing in the NFL.”

The policy to allow military academy athletes to pursue a professional sports career was announced in June this year, reversing a 2017 decision by former Defense Secretary James Mattis who said that the military academy graduates would have to serve at least two years of their five-year service obligation before going pro.

After graduating, Toth continued working with the Army team as a graduate assistant, the Philadelphia Eagles said, before taking the Basic Officer Leadership Course at Fort Leonard Wood in Missouri.

“I was adamant about worrying about my military obligations first as well as what my duty title was,” Toth said in the Eagles' news release. “I told my battalion commander, my company commander that, first and foremost, I was there to complete my duty. That was going to be my first priority.”