Marines got a bit excited when the Marine Corps Times broke the news that Cpl. Kyle Carpenter is slated to... 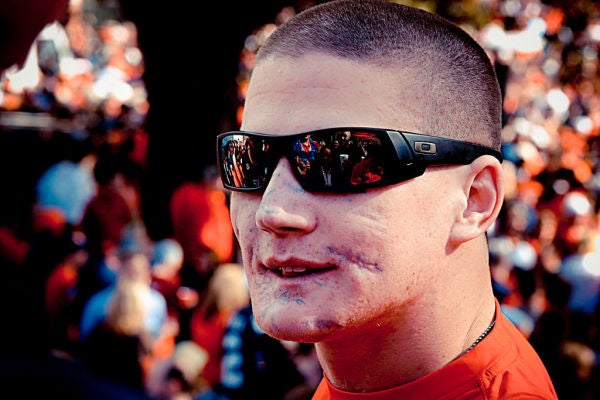 Marines got a bit excited when the Marine Corps Times broke the news that Cpl. Kyle Carpenter is slated to receive the Medal of Honor for heroic actions in Afghanistan.

In 2010, Carpenter was a 21-year-old lance corporal standing guard on a rooftop in Marjah in southwestern Afghanistan, when he covered a grenade that was thrown up on the roof to save his fellow Marine. Both young men survived, but with extensive injuries.

There’s something hyper-Marine about Carpenter that makes this decision by the Pentagon and the president great.

Attending the University of South Carolina on his G.I. Bill, Carpenter represents a new generation of veterans who are pairing their remarkable skills and experiences gained in Iraq and Afghanistan with a college education.

At just 24 years old, he represents the fact that the Marine Corps is the youngest branch of the military, with an average age of just over 28.

There’s also his personality, which comes across on his Twitter handle, @chiksdigscars. The kid’s an unapologetic badass, and I can’t think of a better person to be to be honored for his heroism and sacrifice.