Mattis is revered by the military for his tough rhetoric as much as his battlefield exploits. He famously told Iraqi... 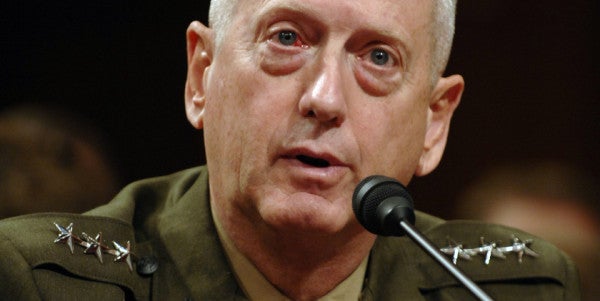 Mattis is revered by the military for his tough rhetoric as much as his battlefield exploits.

He famously told Iraqi leaders in 2003 “I come in peace. I didn't bring artillery. But I'm pleading with you, with tears in my eyes: If you f— with me, I'll kill you all.”

He also once quipped that it was “a hell of a lot of fun” to kill the Taliban.

Hodge Seck confirmed the book with Mattis and his co-author, Bing West, a revered military writer who also helped Medal of Honor recipient Marine Sgt. Dakota Meyer on his book.

Mattis retired from the military last summer, leaving his post as commanding general of U.S. Central Command at MacDill Air Force Base in Florida. At the time, it was reported that his ouster was a result of head-butting with Obama administration national security officials.

He is currently teaching at Stanford University’s Hoover Institution and at Dartmouth University.

American history has been significantly written by rough generals who matched their tough talk with strategic brilliance, and Mattis has earned a seat next to men like Douglas MacArthur and William Tecumseh Sherman in that accord.