If you’ve ever been in the middle of something when colors or the national anthem starts to play, you understand... 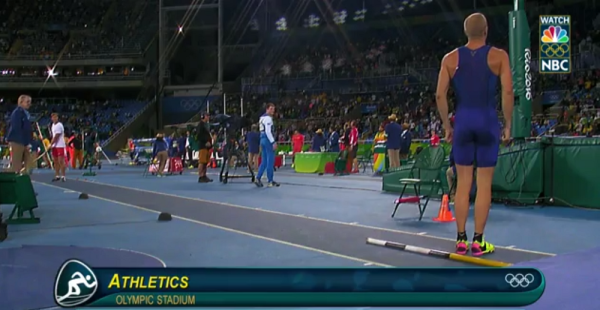 If you’ve ever been in the middle of something when colors or the national anthem starts to play, you understand that heart-pounding sense of urgency to stop what you're doing and stand ramrod straight at the position of attention.

On Aug. 15 at the Olympic games in Rio de Janeiro, Brazil, Kendricks, a 23-year-old second lieutenant in the U.S. Army Reserve literally dropped what he was doing — he was in the middle of the qualifying round for pole vaulting — to stand at the position of attention when the “Star-Spangled Banner” began to play. The video was posted to NBC’s Twitter feed on Aug. 21.

Even after stopping in the middle of the competition to pay respects to the national anthem, Kendricks still medaled, taking home the Bronze after vaulting 19 feet, 2 1/4 inches, making him the first American to win a medal in the event in 12 years.