Did you know that a Northwest Indiana native was once accused of an assassination attempt on Fidel Castro? Alan Robert... 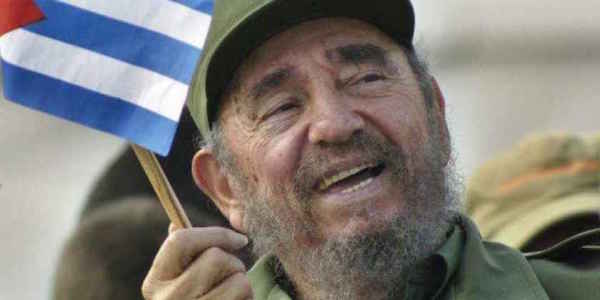 Did you know that a Northwest Indiana native was once accused of an assassination attempt on Fidel Castro?

Alan Robert Nye, of Whiting, a former U.S. Navy lieutenant, was arrested on Dec. 26, 1958, in the Cuban province of Oriente, located at the time on the eastern tip of the island nation.

“Nye reportedly landed in Havana on November 12, and spent several weeks at the Comodoro Hotel,” Whiting Public Library historian Anthony Borgo wrote in a 2005 essay. “At the hotel, Nye used the name George R. Collins, but was also known as 'El Misterioso' — the mysterious one.”

There are several news accounts of this incident involving Nye and a brokered deal of $100,000 in bounty money if he assassinated Castro, who had been the target of more than 600 reported assassination attempts since then.

Related: A Soviet Torpedo, An American Destroyer, And The Cuban Missile Crisis»

Castro, Cuba's controversial leader for nearly half a century, died Nov. 25. He was 90.

Before Castro rose to power, Batista was likely desperate enough to promise $100,000 to Nye in an attempt to keep control of his country.

Ruth Needleman, a professor emerita at Indiana University Northwest, remembers well the volatile state of affairs in Cuba at that time.

“I was in high school and already focused on the lives of people in Latin America,” Needleman wrote immediately after Castro's death. “Fidel's victory came because huge numbers of Cubans had had it with Fulgencio Batista, a U.S. puppet who had turned the island into a gambling casino and (brothel) for North America.”

By that time, Nye, a 1945 Whiting High School graduate, had already enlisted in the U.S. Navy on Nov. 1 of that year, according to the U.S. Dept. of Veterans Affairs.

“He enlisted twice in the naval reserves in Florida and rose to lieutenant,” said Kara Graper, a historian from Crown Point who learned about Nye's story a year ago.

Nye, an only child with no children of his own, enlisted again Oct. 16, 1949, before being released Sept. 3, 1954, according to Veterans Affairs records.

“He eventually took a job as a crop-duster, flying planes in south Florida all the way to Central America. He also sold small airplane parts,” Graper said. “He met many Cuban refugees during this time in the 1950s.”

“Alan's father worked for Standard Oil in the Dominican Republic and he passed away when Alan was only a baby,” Graper said. “Helen (his mother) was a young widow, and she moved to Whiting, where she had extensive family to help support her and her son.”

After Nye's arrest in Cuba, Helen Lynch was unaware of her son's whereabouts and dangerous predicament until February, 1959. She later wrote a personal letter to Castro himself, begging for her son's release.

“I beseech you, as a devoted father, to intercede for my son … who is completely innocent of any wrongdoings,” Lynch wrote with assistance from Constantine N. Kangles, a U.S. attorney for the Cuban revolutionary movement.

“Kangles served as an intermediary in arranging the delivery of Lynch's letter to Castro,” according to Borgo's essay. “Although the letter was said to have touched Castro, Nye still was forced to face trial.”

When news of Nye's arrest and imprisonment reached Whiting, his friends were shocked. One close friend, Edward Grabovac, told the Post-Tribune, “There's no malice in him. I can't imagine it.”

Lynch enlisted the aid of her son's longtime friend, former city judge and attorney Joseph Sullivan, who worked at getting Nye returned home. Lynch also flew to Cuba to visit her son, finding him held in a small cell with six other prisoners.

“The food is so bad you have to eat it with your eyes closed,” Nye told his mother, according to news accounts. It was a “bean concoction” — beans mixed with bugs and hair, he told her.

Nye disputed the charges against him, claiming he was merely marching in the rebel ranks when he was arrested by Castro's soldiers. It didn't help his cause.

He was found guilty at his trial and sentenced to death.

Nye was scheduled to be executed by a firing squad, but the U.S. government successfully negotiated for his return home. Castro released him as an “expression of good faith” as the new leader of Cuba.

A day later, after spending 106 days in a Cuban prison, Nye returned home to Whiting, according to a Post-Tribune story. Nye never spoke about the incident to local media.