Arlington National Cemetery is the most sacred resting place for American service members. But after more than 150 years in... 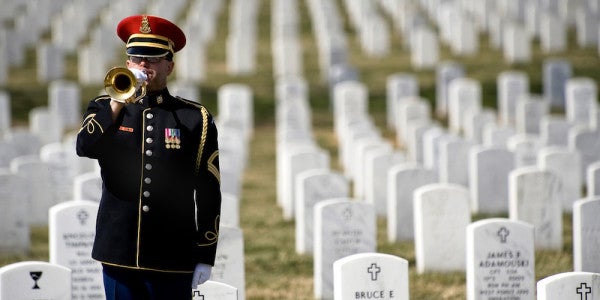 Arlington National Cemetery is the most sacred resting place for American service members. But after more than 150 years in service, the hallowed cemetery is running out of room.

After years of grappling with the shrinking capacity of 624-acres of burial plots, the Army, which is charged with maintaining the hallowed grounds, will add 50,000 more burial plots to hopefully keep the cemetery operating through 2050.

For the last four years, the Army and Arlington County discussed a land swap plan in which the Army would give the county a portion of the cemetery’s Navy Annex land south of the realigned Columbia Pike, where the country had hoped to build an Arlington Heritage Center and Freedman’s Village Museum.

Brian Stout, Arlington’s county spokesman, told the Associated Press on June 15 that the Army backed out and will now move ahead without exchanging any land thanks to congressional legislation passed in 2016, which gives the Army the leverage to move ahead without giving up any land.

Instead the Army will expand the cemetery, which was previously projected to run out of burial space in by 2041, across the entirety of the Navy Annex, located along the southern border of the current grounds, around the Air Force Memorial. The cemetery will also acquire five additional acres from Arlington County, for which county officials are now focusing on getting a fair price from the Army.

Throughout its history, more than 400,000 people — veterans and their family members — have been interred in Arlington National Cemetery, and an estimated 4 million Americans visit the grounds every year. The southern expansion, in addition to the completion the Millennium Projectdesignedto add 28,000 new plots by the end of 2017, will only extend the life of the cemetery by an additional nine years.

“Arlington National Cemetery will not be a burial option for those service members who served in the Gulf War and any conflict afterwards,” Karen Durham-Aguilera, executive director of the Army National Military Cemeteries, said during a Senate hearing March 29.

In her testimony, Durham-Aguilera added that that the cemetery will either require more space or to reconsider its eligibility policies in order to remain open. However, there are alternative veteran cemeteries.

So the cemetery has a nine-year stop-gap plan, but there’s no telling what will happen to Arlington after 2050 — or what that means for veterans of America's 21st century wars.