Servicewomen and military working dogs were honored with a new sculpture that was unveiled at Arlington National Cemetary on Saturday. 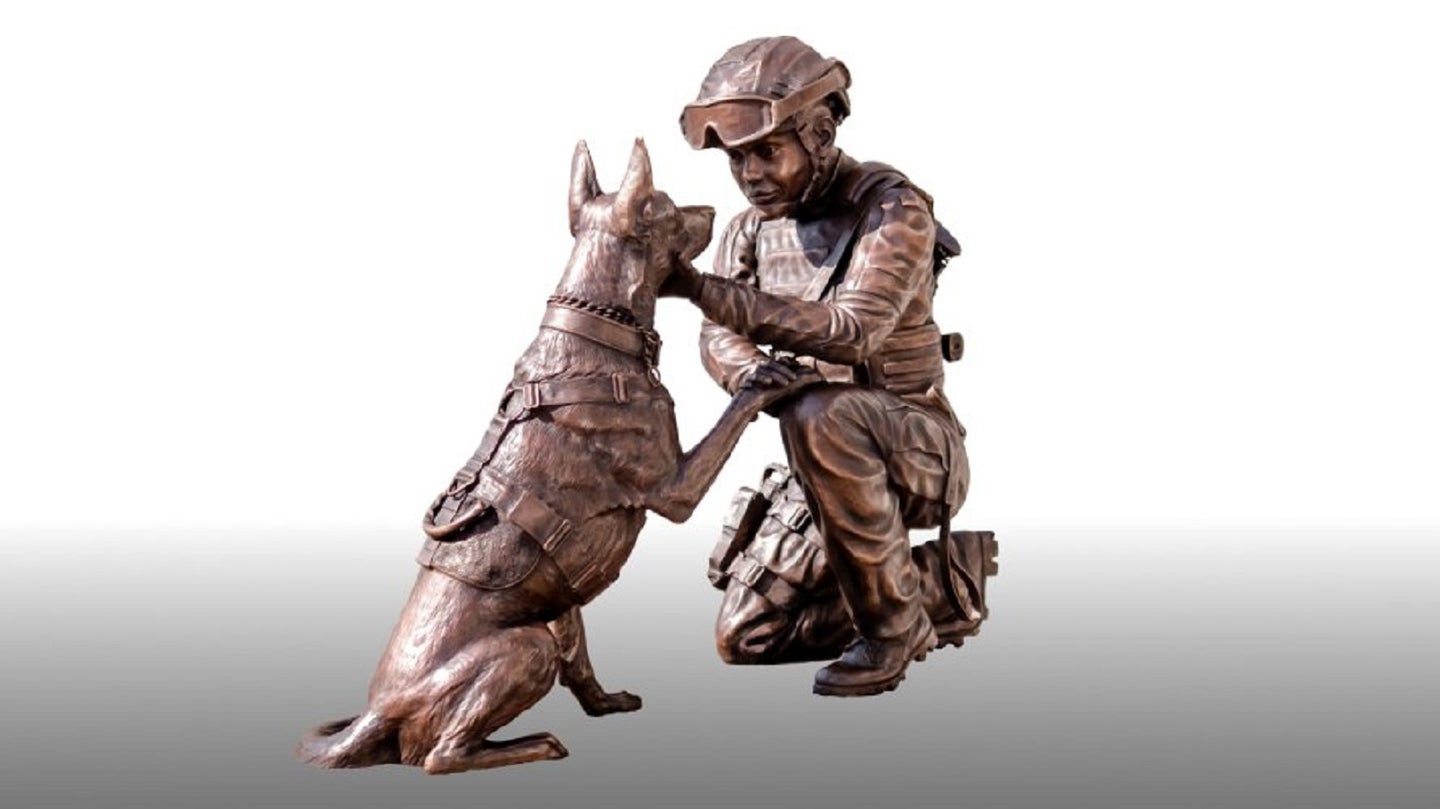 Servicewomen and military working dogs were honored with a new sculpture that was unveiled at Arlington National Cemetary in Virginia on Saturday.

Titled “The Pledge,” the sculpture is part of the Women In Military Service For America Memorial located at the cemetery’s entrance.

The unveiling took place during a closed ceremony, due to health concerns stemming from the ongoing novel coronavirus COVID-19 pandemic, but it was live-streamed on Facebook by The Women’s Memorial.

According to the Associated Press, one side of the statue includes a quote from Anne Sosh Brehm, who served in the Army as a nurse during World War II.

It reads: “Let the generations know that women in uniform also guaranteed their freedom. That our resolve was just as great as the brave men who stand among us. And with victory, our hearts were just as full and beat just as fast — that the tears fell just as hard for those we left behind.”