Just days after two Army bases announced closures to child care programs due to the hiring freeze, the service announced... 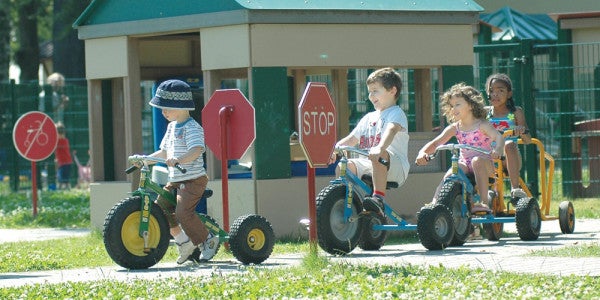 Just days after two Army bases announced closures to child care programs due to the hiring freeze, the service announced that it will take “corrective action” to combat those closures.

On Feb. 22, Army Installation Command spokesman Scott Malcolm told Military Times that post commanders “may employ a variety of tactics such as overtime pay, flex time or re-allocating current staffing to sustain higher priority programs (as determined at the local level), to mitigate concerns at .”

The closures came as a result of a Jan. 23 executive order that put a hiring freeze into effect for the federal government. According to The Associated Press, the Pentagon issued a memo to all military department heads on Feb. 1 that listed personnel exempted from the freeze, which included “positions providing child care to the children of military personnel.”

However, base commanders still require clearance from the secretary of the Army before making those hires. As a result, two U.S. military bases — Fort Knox in Kentucky and Army Garrison Wiesbaden in Germany — released memos to parents announcing partial and complete cuts to child care programs for military children.

Emily Bewley, an Army wife out of Wiesbaden, told Task & Purpose she received news of the cuts on Tuesday.

“Most of the reactions that we saw were either shock or anger because we had no idea that this was even a possibility of happening right now or that there was such a shortage that it was even close to happening,” Bewley said in an interview.

Pentagon spokesman Johnny Michael further told the AP that the Defense Department is “working through the chain of command with these installations” to make sure they request the hiring-freeze exemptions that they’re entitled to.

Rep. Henry Cuellar, a Democrat from Texas and member of the House Appropriations Subcommittee on Defense, told Task & Purpose, “I’m watching closely for the impacts of the President’s government hiring freeze on our military readiness.” He called the cuts “the sort of unintended consequences that the President should have considered.”

On Thursday afternoon, Military.com reported that despite getting the all clear from Acting Army Secretary Robert Speer to make the necessary hires, neither Fort Knox nor Wiesbaden has brought back their programs.

“About 60 Child and Youth Services hires were cleared for Fort Knox, while Wiesbaden requested and received permission to hire about 20 new workers,” Military.com reported.

A U.S. Army Garrison Wiesbaden spokesman cited a “multistep process” in hiring qualified candidates as the primary hurdle, while Fort Knox said that they'd chosen people to fill the empty jobs, but that mandatory “background checks and pre-employment requirements” are delaying the child care programs' restoration.

In both cases, timelines for action were not provided.