Why Children From Military Families Join The Service

In the fall of my senior year in high school, I found myself in the privileged position of figuring out... 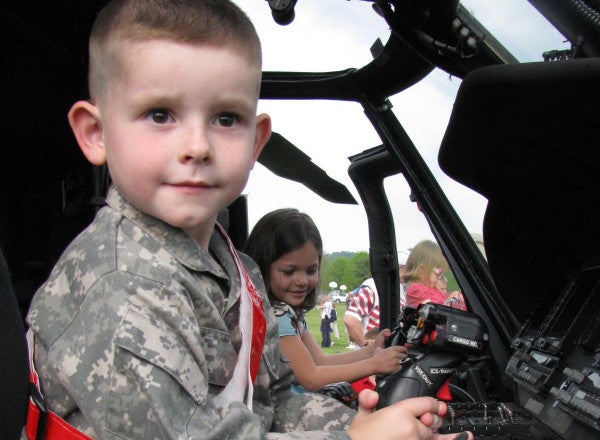 In the fall of my senior year in high school, I found myself in the privileged position of figuring out how to pay for my college education. I was not so lucky as to have parents who could pay or even let me take a loan from their savings, so it came down to scholarships or loans. In my case, however, it was a foregone conclusion: I would be applying for a ROTC scholarship or going to a service academy.

In retrospect, the idea is strange that a commitment with such long-term implications for my future was already decided, ridiculous even.

What 17-year-olds know enough about themselves that they can be ready to make an informed decision about where to work through their mid-twenties? As a 17-year old-boy utterly reliant on a boarding school to do his laundry and provide his meals, I certainly didn’t.

Fortunately, in the six years that have elapsed since, I have carved out a place in the military that I am excited about and will set me up for a fulfilling post-military career. But not all are so lucky — some can’t cut it, some feel that their time is wasted, and others simply don’t enjoy it. What could possibly make a 17-year-old so confident in making such a large commitment with no knowledge of what that commitment would mean?

For me and many others, the answer is family. I come from a family with a tradition of service in the Army and Navy; with three active-duty relatives and records of forebears who served in every conflict since the Spanish-American War, in which a great uncle rode with Teddy Roosevelt. My male line in the United States stretches back to the 17th century, so it is reasonable to assume that I have ancestors who have fought in every major conflict that this country has seen. Most everyone has at least a grandfather or great-grandfather who was in World War II, and many have a relative who was drafted for Vietnam. But the group of people who have family in the military post-Vietnam and post-all-volunteer force (which turned 40 last year) is a much more exclusive club, and I believe that it is sons and daughters from this class who are most likely to follow suit at age 17.

I use the word “class” intentionally, because there is almost undoubtedly an increasingly isolated population of servicemembers and their families in our society. They live in small pockets around major military installations (which are increasingly few as the DoD consolidates), earn slightly less to slightly more than median income, and send their children to DoD schools or local public schools that have high rates of military children. They even go to movie theaters where the audience stands for the pledge of allegiance before the previews.

It’s hardly a surprise that growing up in this environment would lead someone to remain in it. It’s true that there are other professions that tend to be passed down in families. For one example, I am in the minority of my med school class by not having a doctor in my family. But there are no installations full of doctors. Having a doctor for a parent does not mean that you live in an area where all of your friends have doctors for parents as well. Very few other professions, and really none on the scale of the U.S. military, form homogeneous communities where exposure to other options is limited. The rate of non-military children in my service academy class was without a doubt lower than that of first-generation doctors in med school.

To write this piece, I found myself reflecting on why I was so ready to make that commitment. Fortunately I wrote about it a lot in high school, in particular, a senior assignment that prompted us to meditate on something important to our lives. Tellingly, I wrote about my relationship with my father and why and in what ways it influenced me:

… my father never told me to join the military. He never even recommended it or said it would be a good idea for me. He – and my mother to a much greater extent – have made a conscious effort not to influence me towards the military.

I go on to explain the second-hand experience of my dad’s career that led to my being utterly sure that a commissioning program was the path for me. I concluded the essay by writing, “right now, it’s all I can imagine doing.“

My 17-year-old self wasn’t wrong, or deluding himself. My parents did the best they could by giving me a shot at choosing my own way. We lived off-base; my dad pursued unusual assignments, and even went off active-duty for four years to pursue a different career before rejoining. My mom made it clear to me that if I didn’t want to do ROTC, we could find a way to make paying for college work. But the intangibles that condition us from a young age were still in place. I had the urge to follow my male line by serving in the military (perhaps the most alluring of all the factors that condition growing boys). I still absorbed from my father his enthusiasm for his work in the Army. If I, with my fairly non-military upbringing by Ivy-educated parents in Australia and New England, still felt drawn to the service, what chance do those with more traditional military upbringings have?

Not much, I would argue. But that leaves the question of whether this is a problem in itself. I think most would say that if you are happy in your profession, then who cares what factors led you to it? Who cares if you made an informed decision? For many, the military is a fantastic career choice with pay, benefits, and advancement opportunities comparable or even superior to alternatives in the civilian sector, as well as opportunity for travel, training, and unique experiences. Few people get to ride in a helicopter, jump out of planes, or sail through the Mediterranean without taking time off and paying significant amounts of money. Most I know in the military are happy and love their jobs. It doesn’t matter to service members themselves that they predominantly come from military families.

But it is a problem for the military as a whole: a self-perpetuating military class will inherently lack diversity. The military is already disproportionately southern and male, although it is increasingly racially diverse. Most officers are upper-middle class and most enlisted are lower or lower middle, economically. For the military to be at its best, it needs be able draw on talent from all sectors of society — geographic, economic, racial, gender, orientation — both to maximize the pool and to find capabilities and perspectives that are unique to different backgrounds. The military can’t do this when the only pool it is drawing from is its own children and the handful of people who are brave enough to be first-generation military.

However, the worst complication occurs in having an insulated warrior class in a modern, democratic country. I think that this is the first and foremost cause of the civil-military divide, which creates tension at every level of society. It’s a problem when a veteran introduces herself to a civilian with no concept of military life and is promptly asked if she has ever killed anyone. It’s a problem when a president knows that they can take the country to war, and have it only impact the less than 1% of people who have active-duty family members. And it’s a problem when different elements of society are increasingly isolated from each other: it leads to political polarization, economic stratification, and cultural conflict.

As with my last piece on sexual assault in the military, there are no easy solutions. Returning to a lottery-style draft is completely politically unfeasible, and possibly morally worse — the theory of the draft as slavery unites thinkers as diverse as conservative writer Ayn Rand and socialist leader Eugene Debs. But it seems to have been the only way to ensure that military service was spread somewhat evenly throughout society (subtracting, of course the wealthy who could buy exemptions, go to college, or simply not show up). I fear that as time passes, the military community will enter a spiral of becoming foreign to the rest of society, which will further lead to its isolation and self-perpetuation, in turn making it even more foreign. As budgets are cut, for good and bad reasons, the number of military-dense areas will decrease and the number of people who have the responsibility, and privilege, of service will fall. There needs to be a national effort to educate both civilians and veterans on their value to each other, and for each to try to break down the barriers that come from having a volunteer military.