Could One Year Of Mandatory National Service Change This Country?

In previous posts for Task & Purpose, I tried to put reaction to the Veterans Affairs scandal into proper perspective.... 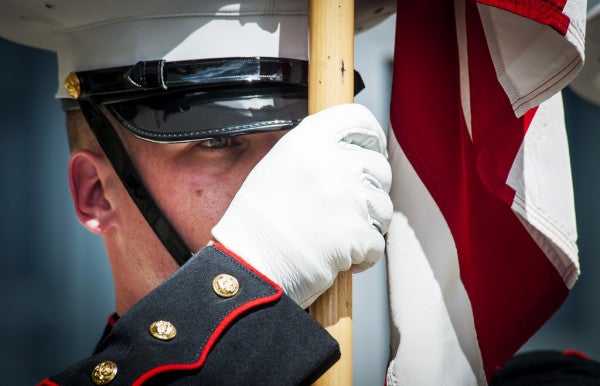 In previous posts for Task & Purpose, I tried to put reaction to the Veterans Affairs scandal into proper perspective. It is my contention that the way we, as citizens, process information about the problems in our country is a product of a profound shift in our attitudes toward our nation and toward one another as citizens. In a recent article, retired Gen. Stanley McChrystal talks about this same phenomenon while espousing the virtues of national service.

There was one line in the opening paragraph that seemed to dovetail with my previously mentioned sentiments on the current state of Americans: “Citizenship no longer demands a common experience — and so we no longer believe in a common future.”

This is exactly right. This is the heart of the matter when observing current events such as the VA scandal. Because there is no common, unifying experience, and because we view ourselves as individuals who are separate from the nation, we don’t accept that we are meant to work together toward a common future. We absolve ourselves of the shared responsibility to shape this country’s future. It is for someone else to determine.

Strangely, by holding so fast to this individualistic dogma, we seem to be willing to give up control over our own lives. For example, by not serving in any capacity in any field, whether military or civilian, we are implicitly stating that those jobs, such as defending the nation or caring for the homeless, or enforcing the law, or any myriad of essential civic duties, are for others to do. So, as an individual am I really putting my life and my family’s safety and well-being in the hands of others without contributing to that same cause? Is that really what Americans are saying?

By instituting a system of national service, we would establish a minimum shared civic experience where each citizen contributes to the agreed upon duties of a nation. No one American would receive the benefits of such a rich and free society without sacrificing some of his or her time and effort to help one another. In that shared experience, a new sense of community and personal responsibility would flourish and reinvigorate a country that I see to be currently lacking in fortitude and civic mindedness. It is a simple, yet profound, concept.

How would it work? There are numerous proposals out there that run the gamut from required community service before graduating, all the way to reinstitution of the military draft. My own philosophy seeks to merge the idea of everyone serving with the American character of individual freedom. First, I would create extremely power incentives for everyone to serve. Second, I would give everyone a choice as how to serve.

Incentives. What if no American could receive federal benefits, such as Social Security, Medicare, etc., without doing one year of national service say, after they turn 18? Again, this would reinforce the ideal that “freedom isn’t free” or you can have “something for nothing.” People would have the choice not to serve, but they would then choose not to receive compensation in the forms of social welfare when they have not contributed to this. Their tax money would still go to the public good and they would still have access to all public services, but without serving, they could not collect welfare payments.

It’s a controversial idea, to be sure, but one that I believe is necessary in a time of national decline. (Of course, the incentives could always evolve as long as there was some serious consequence for not serving.)

Choices. What if when choosing to serve people could decide between different programs? Military. Peace Corps. AmeriCorps. This way, people could contribute in whatever capacity they desired. As long as it was a sanctioned program and the person completed the equivalent of one full year of time in the program, the requirement would be satisfied.

As a result of this, we would have a population with a common set of experiences that crossed class, gender and racial lines. The nation would be strengthened not only because of the work everyone did while serving, but also because everyone would, presumably, take the experiences gleaned from their service with them into their future careers and lives.

It all sounds incredibly idealistic. I am one of the most cynical people I know. Yet I keep coming back to this idea of national service. I can not help but think that this country really started to lose its way when we moved to an all-volunteer military. We lost something. We forgot that our national actions affect all of us. We forgot that we are responsible for each other and that the only way we can forge a new and bright future is together.

Maybe instituting mandatory national service is too extreme. However, the only way to rediscover the American spirit is to institute programs that foster the idea that by helping others, by serving, we are helping ourselves.

78% of Task & Purpose readers think there should be 1 year of mandatory military service. Do you agree? VOTE NOW.