A Survival Expert Prepares Your Family For Any Disaster

Editor’s Note: This article by Jonathan Stern was originally published on Fatherly, a digital lifestyle guide for men entering parenthood.... 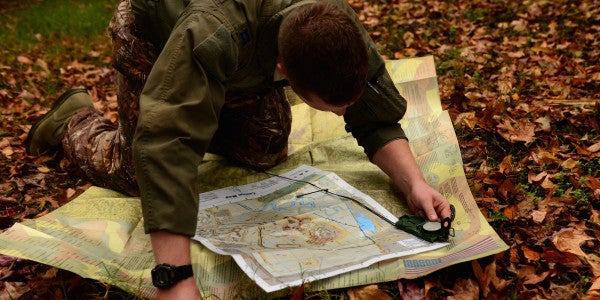 While the Doomsday Preppers ready themselves for Judgment Day or the forthcoming zombie apocalypse, your family is more likely to be involved in something a little less undead, but no less frightening. If hurricanes Katrina and Sandy, or the Japanese tsunami in 2011 weren't enough to convince you to think about this stuff, allow Joel Smernoff to take a crack. (Although the Japanese do have a genius solution for turning shopping bags into makeshift diapers.)

The head of Grizzly Bags, curated packs of stuff that can keep you alive, and Parachute Corp, which provides things like emergency extraction services, would like to remind you that you're your own family's first responder, so you better have your act together. “Under stress you stop thinking,” says Smernoff. “If you have a playbook in your brain, you'll implement it. You may have to improvise, but a little forethought goes a long way.”

Fortunately, basic preparations aren't hard to make, even if you're not paying Smernoff a small fortune to chopper the family to safety after a terrorist attack. Here are a few simple things you can do to ensure you're all ahead of the curve the next time things go sideways.

The Rule Of Threes

Congratulations on your year-supply of wadded meat and creamed corn — that will be worth approximately nothing if you don't have oxygen and water. “The typical human can go 3 minutes without air. Three days without water before you perish. Three weeks without food. People tend to get the order wrong. People freak out about food. But it's really about breathing, staying warm, and staying hydrated.”

Home Is Your Safest Bet

Step one of disaster preparedness is making sure everyone knows where to go when shit goes down and, according to Smernoff, 90% of the time that means home. If the kids are at school and you're at work, everyone should know to get back to the fully stocked, weather-sealed, zombie-free house. “This is where a lot of preppers get it wrong. The government says you need a go bag. I'd rather stay. Your home or apartment is most likely going to be the safest place.”

Of course, these are disasters, so it's always possible that getting home won't be an option. Designate a relative's house or a school to be Plan B. While you're at it, keep a “get home safe bag” in your office so you have what you need to get home in horrible weather or other tricky conditions.

Your phone could be a lifesaver during an emergency; it could also just be dead. But terrestrial radio isn't going away any time soon, and it will likely be your best source of information once the power goes out, so Smernoff suggests keeping one in whatever bag you usually bring to work. “If there's a big plume of smoke, is it a bomb or a fire? If the phone systems have gone down, AM/FM radio is a good way to know,” he says. “Is the threat isolated or is it moving? Is it a dynamic situation where my life is at risk, or is it a longer term emergency?”

Your Car Is Part Of Your Preparedness Kit

Always have a half tank of gas when the car's in the driveway. Not only will that get you a good ways away if necessary, you can also use your car to charge phones , recharge batteries, and even power your house with an inverter — or did you think your kids were going to survive this fiasco without their phones?

So Are Your Kids

A lot of natural disasters, like blizzards and hurricanes, will result in having long stretches of waiting things out. For that reason, Smernoff recommends making sure you have diversions like games and toys on hand, but he also recommends keeping kids busy with disaster-related chores: changing and charging flashlight batteries, cleaning up all the paper plates and cups that pile up after the water goes out, or have them hunt squirrels when you run out of food. It will keep them busy, and also give them a stronger sense of being in control when everything else seems slightly less so.

A Quick Checklist Of What You Should Have At Home

This article, “A Survival Expert Prepares Your Family For Any Disaster,” originally appeared on Fatherly.