Every Dad Can Relate To Tim Kennedy’s Message About Fatherhood

Tim Kennedy is a man with little fear. In fact, he’s well-known for his habit of picking fights with whoever... 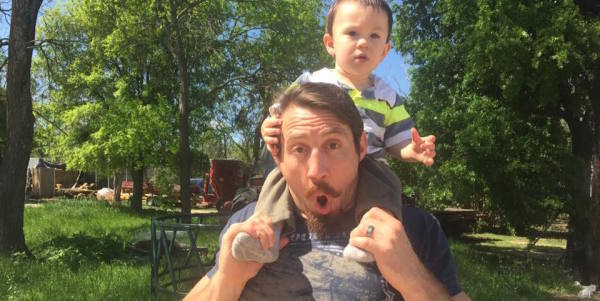 Tim Kennedy is a man with little fear. In fact, he’s well-known for his habit of picking fights with whoever is pissing him off, using his social media platforms to call out the likes of ISIS, the editor of Deadspin, and raging bulls.

These days, he’s even teaming up with Sheepdog Response, a combat-fitness training team, to develop training videos teaching viewers to be impossible to kill.

But, on Saturday, the Army Green Beret and former UFC fighter took a moment to acknowledge there’s one thing that truly scares him. It isn’t going to war; it isn’t losing in a cage fight — it’s letting down his family.

“What scares me?” he wrote on Instagram. “I, occupationally, am a Special Forces Sniper, Ranger qualified, Green Beret that competed as one of the best cage fighters on the planet as a hobby. The answer has always been incredibly similar to millions of other men. I am scared to fail my family… I have sworn to do many things.”

It’s a sentiment that nearly every father understands and frankly, doesn’t get better with time or experience. But Kennedy, who is the proud father of a son and two daughters, admits that no matter what, “We as fathers have to put ours kids’ needs before our own for the rest of our life. If we do that nothing else matters.”

To all those dads out there, Happy Father’s Day, and thanks for everything you do for your families.