At 16, Henry Stock doesn’t see many reasons to get a driver’s license. He can walk to stores near his... 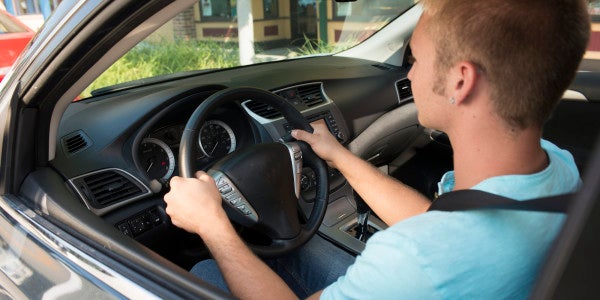 At 16, Henry Stock doesn’t see many reasons to get a driver’s license.

He can walk to stores near his home in Hollywood, Fla. Many of his friends are fellow gamers he can talk to online. And he can use a mobile ride-sharing app to get a ride when he needs one.

So while Stock has a learner’s permit, he hasn’t yet made much of a dent in the 50 hours of supervised driving he needs to get a full license in Florida.

“It’s more time and effort than I want to put into something that won’t benefit me a lot right now,” Stock said.

Other teens see things the same way. The share of high school seniors across the country who have a driver’s license dropped from 85.3 percent in 1996 to a record low 71.5 percent in 2015, according to data from the University of Michigan’s Monitoring the Future survey.

Part of the reason is economic: fewer jobs, especially during the Great Recession, which meant teens didn’t need to get to work and had less money to bankroll their rides. But even as the economy improved, the share of high school seniors with a license has generally been on the decline. That’s partly a result of tough new rules imposed on young drivers and an explosion in ride-hailing and ride-sharing services.

The shift appears to be having a direct impact on safety.

Drivers aged 16 to 19 are among the most dangerous on the road. They are three times more likely than older drivers to be in a fatal crash. But even as that teenage population has increased from 14.9 million in 1996 to 16.9 million in 2015, the number of drivers in that age group involved in fatal crashes fell by more than half, from 6,021 to 2,898, according to the Insurance Institute for Highway Safety, an industry-funded nonprofit.

Matt Moore, a vice president at the Highway Loss Data Institute, a group affiliated with the insurance institute that analyzes insurance statistics, said so-called graduated licenses such as Florida’s, which require set periods of training and restrict driving privileges at certain ages, have been most responsible for the long-term reduction in the share of teen drivers. “From a safety perspective, that’s a good thing,” Moore said.

But there are signs that the level of fatal accidents involving teens may not stay so low.

What could be behind the rise? Some traffic safety analysts say licensed teens are driving more as the economy improves and they get jobs. And, they say, more are getting licenses after they turn 18, when most states no longer require training for new drivers.

Robert Foss, director of the Center for the Study of Young Drivers at the University of North Carolina, said his state saw a sharp drop in the number of fully licensed 16- and 17-year-old drivers after graduated licensing took effect in 1997.

But when the licensing rate for teenagers continued to drop, Foss said, it was “really almost exclusively about the economy. That had a big effect on teens and their ability to drive and their need to drive.”

A 2012 survey from the AAA Foundation for Traffic Safety found that the most common reason for teens to delay getting a license was not having a car. More than a third cited gasoline and other costs, and many, like Stock, also mentioned the ability to get around without driving.

The recession and its aftermath deprived teens of work opportunities as many older workers were laid off and started to compete for lower-level jobs. The unemployment rate for 16- to 19-year-olds was near 25 percent from 2009 to 2013.

“That means 1 in 4 teenagers who wanted a job couldn’t find one,” said Moore of the data institute. “The reality is if you graduated high school at the worst of the recession, you were having a hard time supporting yourself as a teen driver.”

High teen unemployment coincided with some of the biggest drops in license rates for high school seniors, from 82.1 percent in 2005 to 72.1 percent in 2011, Monitoring the Future data show.

After a few states experimented with tougher graduated licensing requirements in the early 1990s, by 2006 every state had adopted some form of requirement or restriction. The requirements and restrictions vary. But most states limit driving activity seen as high risk, such as driving at night or driving unsupervised with teen passengers.