Here Are 7 Sports Legends That Are Military Brats

Millions of Americans grew up with a close relative in the military; for many, whom we’ve come to affectionately know... 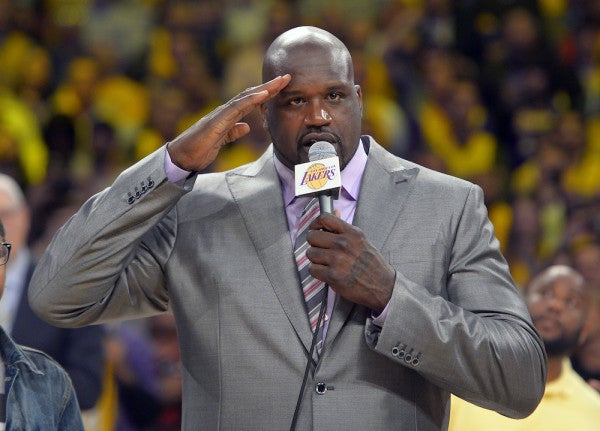 Millions of Americans grew up with a close relative in the military; for many, whom we’ve come to affectionately know as “military brats,” that close relative was a mom or dad. These military brats exist in every part of our society, including perhaps the most competitive portion of it — professional sports.

Take a look at our list of seven Americans who grew up in military families and went on to become legends in professional sports:

Born Walter Ray Allen, Jr., Allen is one of the most prolific shooters in basketball history. He got his start in college as a shooting guard for the University of Connecticut, where he still ranks third on the school’s all-time scoring list. He was a top five NBA draft pick in 1996 following his graduation from UConn.

As a pro, Allen is a 10-time all-star and a two-time NBA champion. He won a gold medal on the men’s basketball team in the 2000 Olympic games. He holds multiple NBA records, including most three-point shots made in a career, as well as the most seasons spent leading the league in three-pointers. He’s also a two-time NBA champion, playing on championship teams in 2008 with the Boston Celtics and in 2013 with the Miami Heat.

Allen was born at the former Castle Air Force Base in Merced, California. His father, Walter Ray Allen, Sr., was stationed there. The family would move around the world during Allen’s childhood, including stints on military bases at Bentwaters Air Force Base in England and Ramstein Air Base in Germany, according to his official bio posted by the Miami Heat.

According to one report, when Allen was 12 years old, his father tried to bring him to a gym on base at Shaw Air Force Base in South Carolina to play basketball with the other fathers and their sons. The gym employees refused to admit Allen, refusing to believe that the abnormally tall boy was under 16 years old, a requirement for the base. His father argued and was later cited for insubordination. “The incident infuriated Ray, who vowed to become the best hoopster on the base,” the report reads. We’re willing to bet he did.

One of the most legendary quarterbacks of all time, the former Green Bay Packer was the most valuable player in the first two Super Bowls ever played. Starr led the Packers from 1956–1971.

Starr's one of the most legendary football players of all time. He was a first ballot hall of famer who still holds the NFL record for highest quarterback rating in the playoffs.

There's even an NFL award named after him; the Bart Starr Award is given to an NFL player each year who demonstrates a high degree of personal character.

Long before Starr was winning Super Bowls, however, he was a young man growing up in Alabama, and he was a military brat. Starr's father was thrust into war in 1942, shortly after the start of World War II, when his U.S. Army Reserve unit was mobilized. His father deployed to the Pacific theater shortly thereafter. He later transferred into the Air Force, and rose to the rank of a master sergeant.

Starr and his father had a contentious relationship following the untimely death of Starr's younger brother as a child. But Starr’s father was responsible for encouraging his son to play football after he quit the team his sophomore year. His father told him he could either play football or work in the family garden. Starr chose the former.

Ronnie Lott is widely heralded as one of the best NFL defensive backs of all time. He’s a four-time Super Bowl champion, a 10-time All-Star, and was a first-ballot inductee into the National Football League Hall of Fame.

“He’s like a middle linebacker playing safety,” Legendary NFL coach Tom Landry once said of Lott. “He’s devastating. He may dominate the secondary better than anyone I’ve seen.”

Over the course of his 14-year career, Lott played for four teams, but is perhaps best known as an icon on the Super Bowl Champion San Francisco 49ers, where he played for the first 10 years of his career. He’s known as one of the toughest and most ferocious tacklers in the history of American football. He even crushed a pinky finger on one tackle, late in the season in 1985. Reconstructing the finger would have involved a long recovery time and likely would have forced Lott to miss the start of the 1986 season, so Lott had his pinky finger amputated instead.

Lott’s father was in the Air Force, and the family moved around a lot. Even into college, playing for the University of Southern California, Lott said that he envisioned himself joining the military before he began to break out as a star on the team.

Watch a clip of Lott’s most vicious tackles below:

Affectionately known as “Big Shot Rob” for his tendency to sink clutch baskets in key moments, Robert Horry, Jr., was a star in the NBA from 1992–2008. He won an astonishing seven NBA championships, one of only seven players to accomplish that feat, and the first in more than 50 years. He holds the NBA record for the most three-point shots made in the NBA Finals, with 53. For context, he took that record away from Michael Jordan, who made 42 three-pointers in NBA Finals appearances. Horry was also the first player to accumulate 100 steals, 100 blocked shots, and 100 three-pointers in a single season.

He’s the son of former Staff Sgt. Robert Horry, Sr., a Vietnam veteran and career U.S. Army soldier. And though Horry’s parents divorced when he was young, the father and son were reportedly regular parts of each others lives. When his father was stationed in Fort Benning, Georgia, and Horry was living with his mother in Alabama, they met weekly, according to an ESPN profile.

Everybody knows Shaq, the legendary NBA big man with a bigger personality. The 7-foot, 2-inch center was a star on the Los Angeles Lakers team that won three consecutive NBA championships from 2000–2002. He was the most valuable player in all three of those championship series. He added another championship ring in 2006 with the Miami Heat. In all, O’Neal is a 15-time all-star. He won a gold medal in the 1996 Olympic games.

O’Neal grew up in northern New Jersey, and his biological father, Joseph Toney, was not a part of his life, struggled with drug addiction and prison incarceration. Instead, O’Neal was raised by a stepfather, Phillip Harrison, a career sergeant in the U.S. Army Reserves. According to some reports, Harrison raised O’Neal harshly, with corporal punishment, but O’Neal has credited Harrison as giving him tough lessons in life.

Billy Beane is an absolute legend in Major League Baseball. After a lackluster professional career as an outfielder, Beane earned legendary status as a front-office genius. He’s currently the general manager for the Oakland Athletics.

He started his executive career as a baseball scout, but he was quickly promoted to general manager for the Athletics, a team in a small market without a lot of money. At the time, the Athletics had a terrible win-loss record. Then Beane took over the front office, and the team made the playoffs five out of the next eight years.

As a front-office executive, Beane has revolutionized the way that baseball executives evaluate talent and potential players, relying heavily on quantifiable statistics. Beane’s tactics were the subject of the 2003 Michael Lewis book “Moneyball,” as well as the 2011 film of the same title, starring Brad Pitt as Beane.

Long before Beane was revolutionizing professional baseball, he was a military brat. His father was a career Navy officer who raised Beane in San Diego, California. He reportedly taught Beane how to throw a baseball.

Tiger Woods is irrefutably one of the best golfers of all time. He has been the PGA player of the year a record 11 times. Woods has won 79 PGA Tour titles, second only to Sam Snead. He holds the record for the number of weeks ranked as the number one golfer in the world, as well as the most consecutive weeks holding the top ranking.

His relationship with his father, Earl Woods, who died in 2006, has been highly publicized. The elder Woods was a career U.S. Army infantry officer who twice deployed to Vietnam. He picked up golf in the military. He taught his son the game when Tiger was as young as two, and Tiger Woods developed into a golf prodigy.

Earl died of a heart attack in 2006 and was buried in his hometown of Manhattan, Kansas; where a golf academy now bears his name.

Tiger Woods’ reputation as a sports legend was irreparably tarnished in 2009, when news broke that he had cheated on his wife with multiple women. Tiger Woods immediately took an indefinite leave of absence from golf. Upon his return to professional golf in the spring of 2010, his chief sponsor, Nike, released an ad of Earl Wood’s voice talking about character and accountability.

Watch that commercial below: