The Big Problem With Senate’s Proposal To Cut Housing Allowance

The 2016 National Defense Authorization Act coming out of the Senate has a controversial proposition: eliminate base allowance for housing... 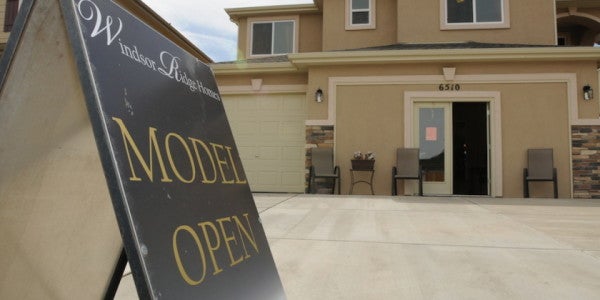 The 2016 National Defense Authorization Act coming out of the Senate has a controversial proposition: eliminate base allowance for housing for the junior-ranking spouse of a dual-military marriage and reduce allowances to 75% for military service members who choose to room with their fellow military. Currently, service members in dual-military marriages each draw their own housing allowance at the non-dependent rate. Once a child is born, the higher-ranking member draws at the dependent rate, while the junior ranking continues drawing his or her own allowance at the non-dependent rate. If the Senate is successful with this proposition, at least 40,000 service members in dual-military marriages, plus the ones who choose to room with fellow military, could be affected.

Because the Senate’s pending legislation states that if married members are geographically separated, then they will continue to receive a full housing allowance, it might be tempting to think that this could incentivize the government to station married couples together. However, this line of thinking is naïve; the government is capable of incentivizing us, but it would require much more to incentivize a bureaucracy, otherwise taxpayers would never have to be concerned about fraud, waste, and abuse. The government will capably justify paying two married, geographically separated service members each their individual housing allowance under the line of “mission first” without ever really examining the situation.

Those who would argue that the government will simply expend this money on other military benefits are also misguided; the government is looking for ways to trim anywhere it views as vulnerable, and the level of infighting evident within the military community makes it a soft target for future cuts. This issue alone has turned into a discouraging class warfare-style debate within the military community, with arguments ranging from, “But my spouse doesn’t get BAH, why should two married service members get their own?” to “It’s only an allowance, after all.”

The sad fact is that the Department of Defense has sold this house allowance benefit as part of the military’s compensation for so long that the “allowance” part of the title has become archaic. Every service member comes into the military with certain pay and allotments spelled out; why should this be taken away simply because of who they marry? Putting it more plainly, this is discriminatory toward service members in that it encourages them not to marry each other, but to marry a civilian. If passed, the government will essentially be saying that if service members marry a civilian, they will see a pay raise, but if they marry someone who is also active duty, then their incomes will drop five figures annually (for junior-ranking spouses), or see their new spouses labeled as dependents and lose money.

This will hit active-duty women hardest; a 2011 Pew Research study shows that servicewomen are in dual-military marriages much higher rate (48%) than men in uniform (7%). At a time when the government is pushing diversity initiatives and trying to encourage female retention within the armed forces, the Senate tacitly proposing that two people of the same rank doing the same job be compensated differently based on who they’re married to reeks of discrimination. This begs another question, of course: Why should service members receive less of their pay based on who they choose to room with? Having roommates not only enables service members to save money or potentially afford a better place, but it also builds camaraderie and esprit de corps. Why would Congress want to discourage this?

It’s disconcerting to see Congress continuing to eye military pay and benefits as a means to reduce budget costs, and even more discouraging that some within the military community are okay with this large of a cut, simply because it doesn’t affect them — yet. If Congress continues to see military pay and benefit cuts as a viable option, where will the cuts end? Will the DoD begin to examine the incomes of civilian spouses to see if service members are entitled to their housing allowance or other entitlements and benefits? What if the Senate decides that ending dependent housing allowance rates would discourage service members from having families and chooses to end that as well? Once we allow the government to start whittling away military pay and benefits, it will be difficult to stop. The easiest, and less controversial solution, would be to end the allowance entirely and increase service member’s pay across the board to afford housing; however, the DoD and Congress are unlikely to sign off on this because the total income would then be counted toward retirement pay, and who in Congress wants to see military retirees get paid more?

There is a cost to maintaining an all-volunteer force, a cost that the Senate Armed Services Committee members seem quick to forget now that they think the wars are done. Unless they want to further damage morale and retention, it would be best for them to remember that.