Since its introduction to Congress in January 2013, the Military Surviving Spouses Equity Act has gained momentum among lawmakers. This... 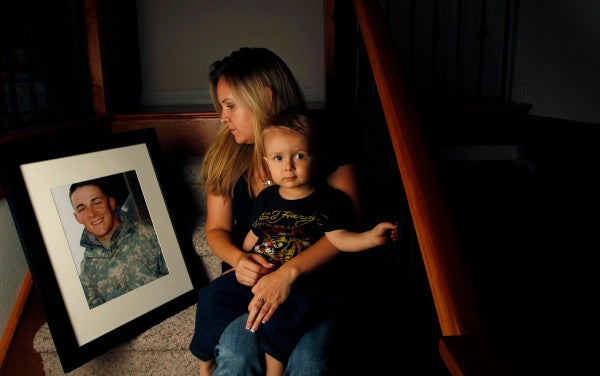 Since its introduction to Congress in January 2013, the Military Surviving Spouses Equity Act has gained momentum among lawmakers. This important bill currently has 237 co-sponsors in the House and 38 in the Senate.

Here’s why it matters: The Survivors Benefits Program / Dependency and Indemnity Compensation offset, which the bill would prevent, is a loophole that effectively allows the government to pickpocket military widows.

The Survivors Benefits Program is provided directly by the Department of Defense to the spouses and children of deceased service members. This allowance was established to provide surviving family members with retirement benefits in event of early death, the survivor outlives the benefits, and inflation.

The Dependency and Indemnity Compensation comes from the Department of Veterans Affairs as a monthly entitlement benefit of $1,233 to be paid to surviving spouses and unmarried children of service members who died while on active duty, or retirees who died of service-connected deaths.

The offset, aka the “Widows’ Tax,” occurs when the government subtracts the value of the VA’s dependency and indemnity compensation from the DoD’s survivors benefit, significantly reducing compensation for the tens of thousands of family members who rely on it.

According to an Army Times article, a repeal of the offset would cost an estimated $433 million in 2014 and $6.3 billion over the next 10 years; yet as of 2013, it was unclear where this funding would come from. However, the result would support over 60,000 military family beneficiaries. Of that population, 3,700 are widows and widowers from the past 12 years of foreign conflict, according to non-profit organization Tragedy Assistance Program for Survivors.

Even with the tremendous efforts of dozens of lawmakers, military organizations, non-profit organizations, and surviving family members, passage of the Military Surviving Spouses Equity Act has not been successful. Critics cry “welfare state” when the subject is brought to the discussion table, however, no group has formally stepped out against the bill. The overwhelming majority see the offset as unfair and unjust, the “pay-as-you-go” budgetary model our congressional leaders adhere to still seems unfounded, according to Steve Strobridge, the director of government relations for the Military Officers Association of America.

House Armed Services Subcommittee on Military Personnel Chairman and Rep. Joe Wilson, a Republican from South Carolina, introduced the Military Surviving Equity Act of 2013, stating, “As devastating casualties occur, it is of utmost importance and our responsibility to keep the faith with our service members by taking proper care of their families in the event of death.” The act was referred to the House Subcommittee on Military Personnel in January 2013 where it continues to sit.

During the years leading up to the formal introduction of the Military Surviving Spouses Equity Act, military widows were appeased by Congress with the Special Survivor Indemnity Allowance. Beginning in October 2008, this is paid out monthly stipends to survivors who are affected by the offset, however, payments will be terminated October 2017, barring any intervention from Congress to extend them.

Indemnity allowances are not enough. This provision is only a temporary assistance. The passage of the Military Surviving Spouses Equity Act is crucial to honoring those who have fallen and creating awareness of the Survivors Benefits Program / Dependency and Indemnity Compensation offset is only the beginning.

Below are links with more information about the widows’ tax and how to contact your congressmen and senators to encourage them to pass this important bill to honor the sacrifices of fallen service members.

VA-Office of Survivors Assistance FAQ: A resource for anyone wanting to understand how to apply for benefits and which benefits survivors of a deceased service member are entitled to.

A Survivors Guide to Benefits: A comprehensive booklet given to all spouses after the passing of a service member detailing the process and how to utilize the resources available.

Military Officer Association of America Legislative Action Center: Chronicles the changes to the Military Surviving Spouses Equity Act, contains the co-sponsor list as well as members of Congress who have not been contacted or responded.