President Barack Obama has unveiled — and reinforced through his 2015 State of the Union speech — a multi-billion-dollar plan... 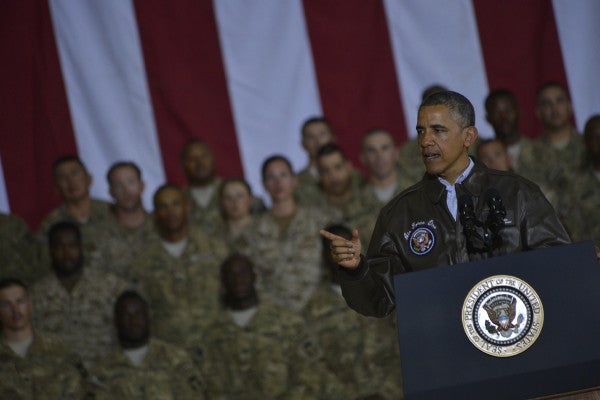 President Barack Obama has unveiled — and reinforced through his 2015 State of the Union speech — a multi-billion-dollar plan to make the first two years of community college free for every American. It’s an ambitious proposal, and it understandably is creating a lot of debate about education policy and government programs.

But in the course that debate, something unhealthy is happening — people are comparing Obama’s initiative to the G.I. Bill — the government program first established after World War II and recently revamped for the post-9/11 era — to the president’s initiative.

A piece in the Atlantic countered Republican opposition to federalize education by contending that it was “an odd complaint in a system that has long supported such programs, from the GI Bill to Pell Grants.”

Writing for the The Dallas Morning News, Jim Mitchell said it could be “the best investment since the G.I. Bill,” referencing the one passed after World War II, as if there wasn’t a new G.I. Bill presently serving as an enormous investment in the future.

It’s not at all the same thing.

To be clear, I’m personally not principally opposed to the president’s idea. The current cost of tuition in this country is among the highest in the world, and it’s a direct impediment to economic mobility. Something needs to be done, and making two years of community college free would be a huge game changer.

But it’s nothing like the G.I. Bill. Not all government programs are created equal, and the G.I. Bill is a benefit, not an entitlement.

The ability to obtain a free college education factors heavily in the decision to join for many military members. People literally risk their lives to get it. And you have to earn it. Merely joining the military doesn’t cut it. In order to get the full benefits of the G.I. Bill, a service member has to be in for at least three years, and separate from the service under honorable conditions. And if you want to transfer your benefit to your spouse or children, you have to commit to serve even more time in the military.

The G.I. Bill isn’t given, it’s earned. It’s not a free government program, it’s compensation to the all-volunteer members of the finest military force in the world, who readily and willingly committed themselves to serving their nation. It enables those Americans to transition back to their communities and affords them the ability to get a degree without the added burden of financing an education, which was part of the deal when they signed up. One in four young Americans is ineligible to join the military, so the ones who are eligible and do so represent the best of a generation.

In conflating the best-earned benefit modern veterans have to a politicized initiative to hand college out for free, leaders and thinkers will risk diminishing the success of transitioning student veterans, who enter the workforce with new degrees as the result of a ton of hard work rivaled only by remarkable individual experiences.

Whatever happens with needed and necessary efforts to ease the means of ascent up the economic ladder and reform the systems of higher education in this country, it doesn’t need to be leveraged and negotiated through comparisons and equivalences to veterans who aren’t there.