What The US Military Health System Can Learn From Cuba

The reopening of relations between Cuba and the United States presents opportunities for Cubans to learn the benefits of a... 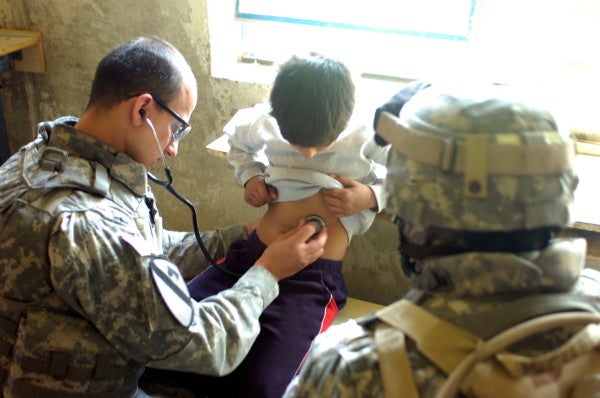 The reopening of relations between Cuba and the United States presents opportunities for Cubans to learn the benefits of a freer, more open system of government. In an indication of progress, for example, Cuba just released 3,522 prisoners in anticipation of the Pope’s visit. Perhaps, conversely, the U.S. can learn something from Cuba about how to effectively conduct medical diplomacy, an area in which the Cubans have excelled since the early 1960s.

It is difficult to ignore Cuba’s contribution to global health. Between 1963 and 2008, 130,000 Cuban medical professionals have practiced in 102 countries, and by 2012, the small island country deployed more doctors abroad than did the entire combined nations of the G-8. Cuba’s health diplomacy program has brought the country a substantial array of soft-power successes, including improved relations with other states, positions of power in various international bodies, and recognition from American leaders.

Medical outreach conducted by the American government — as opposed to private sector and NGO activity — is not as extensive as that of Cuba, nor should it necessarily be. With some expansion and modification of existing programs, though, the U.S. government could save countless lives abroad and win appreciation in the international community. Given the vast Department of Defense infrastructure already in place around the world, the Military Health System is particularly well positioned to conduct medical diplomacy.

War fighting, not medicine, is the first thing that comes to mind for many when contemplating the military. DoD and its predecessors, though, actually have a long history of medical outreach activity. During America’s counterinsurgency in the Philippines at the turn of the last century, commanders saw the strategic benefit of providing care to local communities to win support for U.S. forces. A report produced by the RAND Corp. argues, “Security is significantly impacted by the role health plays in helping to win ‘hearts and minds,’” which is critical to the asymmetrical, counterinsurgency wars in which the U.S. has and will likely continue to be involved.

That DoD has responded to the need for increased activity aimed at winning hearts and minds is good, both for the success of American strategy and for those on the receiving end of this softer approach. That said, a variety of issues undercut the diplomatic success of U.S. military medical outreach. These problems fall loosely into the categories of either technical structural problems or soft-power perception problems.

The structure that underpins medical outreach conducted by the military is completely disorganized; no unified program clearly exists. This seriously blunts the efficacy of medical diplomacy by slowing response times and limiting the independence of commanders on the ground to take initiative. It also hampers coordination with the many NGOs that are now essential to the work of fostering global health. In a 2008 article for Defense Horizons, Donald F. Thompson, who served as command surgeon for Combined Forces Command–Afghanistan, details such issues. For example, red tape held up for 18 months the transfer of two desperately needed maternal care experts from the U.S. Public Health Service Commissioned Corps under the Department of Health and Human Services to assist with efforts in Afghanistan.

Regulations that discourage U.S. military medical personnel from treating non-American patients abroad also lead to the squandering of opportunities to build soft power. U.S. personnel look particularly miserly when stationed beside more generous partners like the Canadians and Norwegians, who, the RAND report states, readily treated locals in Kosovo during the 1990s while American personnel looked on.

There will of course be times when American military doctors must be reserved for American personnel, but this is not always necessary. It’s difficult to make the case, for example, that military doctors deployed to Haiti with USAID in the 2000s were likely to experience an influx of American casualties for which medical resources needed to be preserved, as the RAND study claims was American policy. The military isn’t going to run out of Band-Aids anytime soon; we can allow our medical personnel deployed abroad the freedom to be more generous with foreign patients.

U.S. military health workers have also at times struggled with the complexities of local culture as it pertains to the practice of medicine. In one example, DoD conducted a free clinic in a remote village in Djibouti — a good idea in theory, but giving the nomadic locals only three days advance notice meant that very few patients actually showed up. Understanding of local culture can be essential to treatment, as evidenced by the work of epidemiologists who this past year learned of and worked quickly to change burial practices that often vastly increased the chance of spreading Ebola in West Africa.

Expanding the perceived role of the military medical corps would also alleviate many issues that undermine potential American medical diplomacy, which should be an explicit objective of anyone interested in development activity or growing American soft power. American military medical practitioners can and should do more than force protection for U.S. personnel. Medical outreach activity should be underpinned by a more organized infrastructure, including central coordination, streamlined funding, and increased opportunities for American personnel to receive cultural training. Central coordination would also improve interface with organizations outside the military that have a hand in global health.

These sorts of changes alone will not turn the U.S. Military Health System into a medical diplomacy program like the one run by Cuba. The military medical corps, though, is a significant untapped soft power resource. Learning from the example of a successful program run by an impoverished country with just 11 million citizens could help save lives and bolster America’s image abroad.