As much as we may love or hate our time in the military, eventually our time ends. And for many... 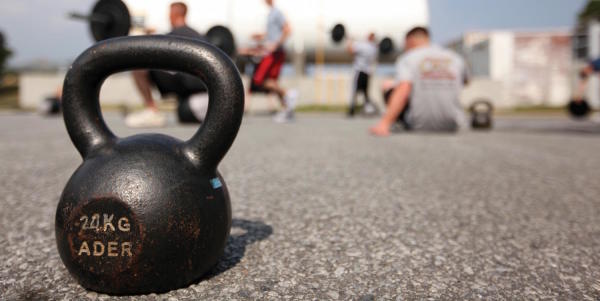 As much as we may love or hate our time in the military, eventually our time ends. And for many of us, losing the military means gaining too many pounds. That’s not just perception or stereotyping — it’s a documented fact. A U.S. Army article released last year reported, “Approximately half of the Army retirees whose height and weight were measured at medical appointments in military treatment facilities last year had a body mass index that classified them as obese. Obesity rates for these retirees are significantly higher than the general population of the same age.”

Many of the same people who once called out others for being lazy “fatbodies” will become exactly that once they leave.

The military’s fitness and weight standards may be arbitrary and capricious at times, but at least they are left and right lateral limits for our waistlines. While not every unit has rigorous physical training, the desire to avoid adverse administrative action on semi-annual fitness tests keeps even non-athletes in some semblance of physical fitness.

On top of that, military work is usually at least a little physically demanding. The natural structure of military life and peer pressure also keep people in line.

Then, someday, by choice or by force, everyone gets out. We’re tired of getting up early. We’ve given four years or 20 years of hard work to the institution, and we decide we want to take it easy for a week or two. We treat ourselves to a few more beers than usual. But then that week or two of indulgence becomes a month or two. Then it’s too hard to start running or lifting again, so the month or two becomes a year or two, and soon the only way to recognize that person as a veteran is an obnoxious baseball hat and bumper stickers.

It really doesn’t have to be that way. Fitness doesn’t have to be accompanied by pain, despite what some of your more militant CrossFit friends might lead you to believe. All you need to reap major health benefits is 150 minutes of moderate exercise per week. And “moderate” includes walking. That’s five 30-minute sessions a week. If you can’t find that time, you’re probably lying to yourself. And if you think that’s taking away from your family or significant other, then take them with you on one or two of those walks — it can be a good way to connect with them after years of too much time away.

Walking isn’t everyone’s cup of tea, but it requires no equipment and is completely free. On the other hand, many service members love to worship at the iron church — the base gym. That can quickly become an excuse for laziness once out of the service. Gyms in the civilian world can either be too expensive or not close enough. Civilian jobs often require long hours or travel, just like the military. Driving to the gym before or after work becomes the first thing to go when time gets tight.

You really don’t need to go to some commercial gym, though. Unless you are training for serious mass or competitive athletics, getting in great shape and getting pretty damn strong requires little to no equipment. If you have a few square feet in your garage or can slide over your kitchen table, there are any number of programs to get you on the road to fitness. Books like “You Are Your Own Gym” by Mark Lauren and “Convict Conditioning” by Paul Wade offer great ideas for working out with no frills. These tips are handy even on active duty — I’ve been stuck in many an austere area with time to kill.

For those who don’t like to read, or who need a trainer’s motivation and can’t afford it, there are endless videos available to motivate you. Fitness videos can have some stigma in macho military culture from their association with aerobics videos of the 1980s and 1990s. Well, they aren’t your mother’s Jazzercise anymore. For example, the Insanity or P90X series of programs will challenge just about anyone, regardless of fitness level. For those without $100 or so in their pockets to spend, plenty of video programs are available for free online and via devices like Amazon Fire TV. Add just a pull-up bar and a couple of kettlebells or dumbbells, and almost any fitness goal is within reach.

Home programs do have a weakness, though — they don’t get you out of the house. You’re out of the military now. Unless you resettled in either a military town or your hometown, you need to get out and meet some new people. There are a million ways to do that, but fitness events are a great way to do it. A lot of vets hate “fat and lazy” civilians. Well, if you go to local races that can found pretty much anywhere, those have been pretty much weeded out. Putting such an event on your calendar gives you a goal and provides focus to your training. Most of these events also have substantial pre- and post-event social components. There are even groups like Team Red White & Blue that exist to help vets connect to their communities through fitness events. Getting outdoors and meeting people is pretty good medicine for anyone, veteran or not.

All of this is basically a long way of saying that there’s no excuse for sitting on your butt and getting fat. Working out is good for you. It’s fun. And besides, you can’t make fun of civilians for being fat, lazy, and undisciplined when you can’t see your own junk under your beer gut, can you?