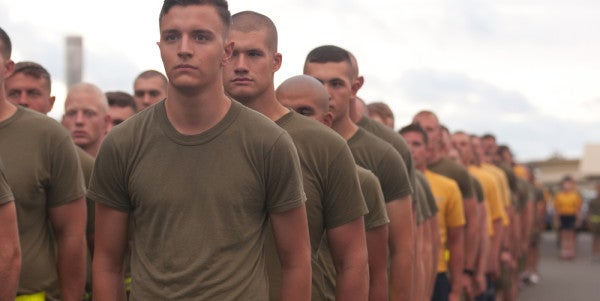 It’s a debate that’s raged since the first weight was lifted: Is it better or worse to work out on an empty stomach? Wars have been waged and nations have fallen (okay, that’s a slight exaggeration) during the eternal battle of fed versus fasted exercise, but it’s time for this madness to end. We have the final answer.

Well, not the final answer. Different people work out best under different circumstances, and deciding whether someone should eat before training can be like telling them what time of day to work out or which diet they should follow — it largely depends on what works best for the individual. But it is time to dismantle some old myths.

Contrary to popular belief, research suggests that eating many small meals throughout the day won’t speed up the metabolism, skipping a meal won’t make you fat, and exercising on an empty stomach will not nullify a workout. In fact, skipping a meal or two, also known as “intermittent fasting” (IF), can be downright beneficial.

If the fact that Huge Jacked-man practiced intermittent fasting to gain muscle for his latest Wolverine movie isn’t convincing enough, consider this: An empty stomach triggers a cascade of hormonal changes throughout the body that are surprisingly conducive to both building muscle and burning fat.

We can’t speak of muscle-friendly hormones without bringing up testosterone. Testosterone helps increase muscle mass and reduce body fat while also improving energy levels, boosting libido, and even combating depression and heart problems—in both men and women . Fasting alone may not have any effect on testosterone, but there is a surprisingly simple way to produce large amounts of both “T” and growth hormone at the same time, creating an optimal environment for building muscle and torching fat: Exercising while fasted.

The Fast Way to Improve Performance

Exercise, especially intense exercise that uses a lot of muscles (think compound movements like deadlifts and squats) causes a big surge in testosterone — which is why it can make good sense to combine exercise and fasting. Many studies have found that training in a fasted state is a terrific way to build lean mass and boost insulin sensitivity, not just because of the nifty hormonal responses, but also because it makes the body absorb the post-workout meal more efficiently.

In short, fasted training helps to ensure that carbs, protein, and fats go to the right places in the body and are stored only minimally as body fat . Exercising on an empty stomach has been shown to be especially great for fat loss, and it’s even been shown that people who train while fasted become progressively better at burning fat at higher levels of intensity (possibly because of an increase in fat-oxidizing enzymes).

Not interested in training like a bodybuilder? There are also potential benefits for endurance athletes, since fasted workouts can improve muscle glycogen storage efficiency (say that three times fast!) . What that means, basically, is that running on empty can make the body better at using its energy stores. The occasional fasted training session can improve the quality of “fed” workouts (or races) later on. In a nutshell: When the body learns to exert itself without any food, it gets better at performing when it does have fuel in the tank. Some studies have also shown that fasted workouts can significantly improve endurance athletes’ VO2 Max, which measures a person’s capacity to take in and use oxygen during exercise and is a pretty decent way of measuring someone’s fitness.

Now, we would be remiss if we didn’t acknowledge that some studies have shown impaired performance as a result of fasted exercise. That said, many of these studies are of Ramadan fasts, which don’t allow the consumption of fluids (which is not advisable when engaging in athletic activities). Still, the prevalence of people who do eat before exercise is pretty good evidence that exercising after eating can work. Heck, there are even studies showing that eating before exercise can lead to fewer calories consumed throughout the day. But that doesn’t discredit the evidence that fasted workouts, even if occasional, can reap a lot of benefits.

So You Want to Fast Before Exercise? Your Action Plan

We know what you’re thinking. “I can’t handle intense exercise without food in my belly!” Firstly, give yourself a little credit! You’re capable of more than you think with the right frame of mind. Secondly, there are several tips you can follow to help you out with this new approach to eating:

The short of it: Metabolism and the digestive system are simply not as temperamental as some might believe.

Eating is perhaps the most ingrained habit we have, and humans are well and truly creatures of habit. Disrupting that habit by skipping a meal or two can be profoundly difficult for some people (particularly those who have wrestled with disordered eating). It’s true that intermittent fasting takes some getting used to as the body learns not to expect food so frequently. That discomfort usually does pass, but if fasting just isn’t for you, then there’s no need to keep it up — just don’t be afraid to try it out. IF is just one approach to health and fitness, and certainly not the only one that can get you results.

But myths and misconceptions do need to be dispelled, and this article is here to say this: In general, there is no need to eat before exercise. If you feel better when you do, then by all means, keep it up! However if choking down a pre-workout banana or bowl of oatmeal is a dreary chore that you only do because it’s supposed to help you avoid muscle loss/fat gain/growing antlers, then it’s time to relax. You’re completely free to eat whenever you want. Just listen to your body — it’s got you taken care of.

This article, “Exercising On an Empty Stomach: The Surprising Benefits,” originally appeared on Greatist.