There Really Is Such Thing As Drowning Your Pain In Booze, According To Science

Have you ever noticed how downing a few beers makes you feel invincible? That’s because alcohol, in addition to annihilating... 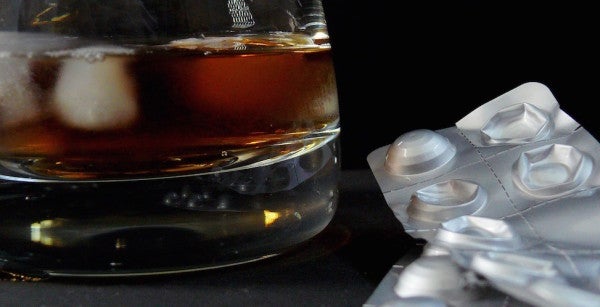 Have you ever noticed how downing a few beers makes you feel invincible? That’s because alcohol, in addition to annihilating your inhibitions, also increases your tolerance to pain while simultaneously dulling it, according to new research.

Writing in The Journal of Pain,researchers at Greenwich University in the United Kingdom found that alcohol isn’t just an effective painkiller, but apparently is more effective than most over-the-counter drugs. In fact, a stiff drink can be similar in effect to even the most powerful prescription opioids. But that doesn’t mean you should necessarily ditch your Tylenol regiment for a night at the bar.

The study overall indicates that in order to really have an impact on pain, you would have to cross well beyond the threshold for low-risk drinking habits, which allow women to drink only three alcoholic beverages on any given day, and no more than seven drinks per week, according to the National Institute on Alcohol Abuse and Alcoholism.

What the study really indicates about alcohol is that “it can be compared to opioid drugs such as codeine, and the effect is more powerful than [Tylenol],” said Trevor Thompson, one of the authors of the study.

And it turns out, the more people drank, the less pain they felt. The evidence Thompson and his colleagues collected from 18 controlled experiments involving 404 subjects was overwhelming. Three or four average drinks that produce a blood-alcohol content around 0.08%, which is conveniently also the legal impairment level, can reduce pain by up to 25%, while also influencing pain tolerance.

But many people who experience regular pain know this already. According to PainAction, past studies have indicated that as many as 28% of of those with chronic pain issues utilize alcohol as part of their pain management strategy. And although many modern doctors consider drinking as pain management a slippery slope into addiction, not everyone is so quick to dismiss alcohol and its painkilling properties.

“It is cheaper than morphine,” reported Dr. Harold George Wolff of Cornell to the Association of American Physicians meeting at Atlantic City as early as 1941. “Of course alcohol is habit-forming but an alcohol habit is less difficult to deal with than a morphine habit. Whiskey is one of the cheapest and best painkillers known to man.” It’s no wonder that doctors on the battlefield during World War II used alcohol to treat everything from toothaches to traumatic injuries.

Though excessive drinking can obviously cause long-term damage to your body (and your poor liver in particular), those wary of developing an opioid addiction might be keen to consider this as alternative painkiller — in moderation, of course.